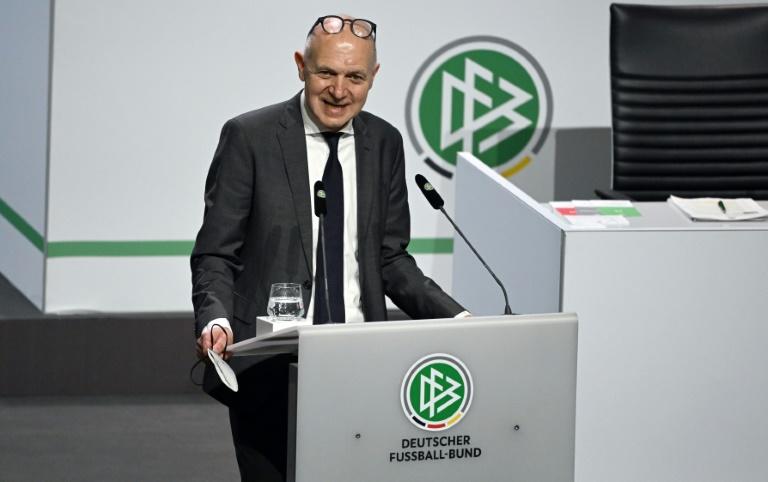 Former politician Bernd Neuendorf was on Friday voted in as the new president of the embattled German Football Association (DFB). The 60-year-old succeeds Fritz Keller resigned in May 2021 amid a scandal after comparing his deputy to a notorious Nazi-era judge. Before that, there had been a power struggle at the top lasting months which saw general secretary Friedrich Curtius resign. Neuendorf was voted in by a clear majority at a meeting in Bonn. After years of turbulent scandals, he called for unity has dogged the German FA. “We have to keep the shop together,” he said.

“Anyone who doesn’t go along with the cultural change will have me as a staunch opponent.”

Neuendorf has his work cut out repairing the image of Germany’s largest sports body which has over seven million members.

Three of his most recent predecessors resigned in the wake of scandals.

Before Keller, Reinhard Grindel quit in 2019 after three controversial years.

Mesut Ozil was singled out, who accused Grindel of overseeing a culture of institutional racism when the midfielder retired from international duty in 2018.

The following year, Grindel finally stood down after heavy criticism for accepting a luxury watch from a Ukrainian oligarch.

Before him, Wolfgang Niersbach resigned in 2015 amid claims the DFB used a slush fund in 2000 to buy the right to host the 2006 World Cup.

After starting his career in journalism, Neuendorf switched to politics in 2003.

He was the spokesperson for Germany’s Social Democratic Party and from 2012 he spent five years as state secretary in the family ministry of North Rhine-Westphalia.