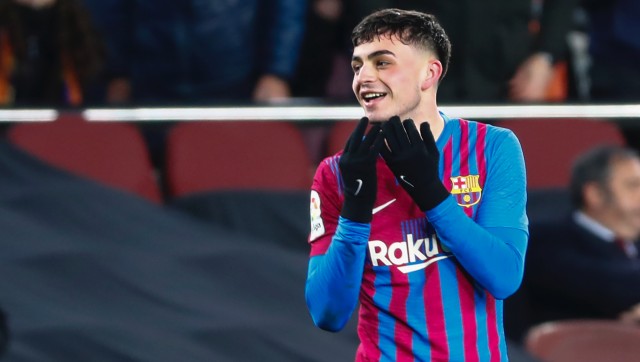 Chelsea, the 2018 FA Cup winner, have already reached one final, losing the League Cup to Liverpool. Palace have lost both FA Cup finals they have reached, most recently in 2016.

Chelsea and Crystal Palace meet in the second FA Cup semi-final with the winner taking on Liverpool.

Chelsea, the 2018 FA Cup winner, have already reached one final, losing the League Cup to Liverpool. Palace have lost both FA Cup finals they have reached, most recently in 2016.

This is Chelsea’s chance to ensure a season when their ownership is in flux ends in a final, having been knocked out of the Champions League by Real Madrid in the quarterfinals on Tuesday.

The semifinal takes place with the remaining three bids for the club being assessed by bankers as sanctioned Russian owner Roman Abramovich has to sell after 19 years.

There are two Premier League games on Sunday. Seventh-placed West Ham, who reached the Europa League semifinals on Thursday, host Burnley trying to ensure European qualification through a Premier League placing. Burnley are without a manager after firing Sean Dyche in a bid to try to stay in the Premier League, with the team four points from safety with eight games remaining.

Newcastle, who are 10 points above Burnley in the drop zone, face Leicester.

Sevilla have what is likely their last chance to revive their dying bid for the league title when they host runaway leaders Real Madrid. Madrid are 12 points clear of Sevilla and Barcelona with seven games remaining. The trip to Seville is Madrid’s biggest hurdle along with a game against defending champions Atlético Madrid next month.

Sevilla, who have been hard hit by injuries, have fallen further behind Madrid after winning just once in their last five league games. But Sevilla are still the only league team undefeated at home after 15 games.

Atlético host Espanyol looking to bounce back from their elimination in the Champions League to Manchester City. Diego Simeone’s team are in a tight fight for a top-four finish and a return to Europe’s elite competition next season.

Athletic Bilbao also host Celta Vigo needing a string of victories to hope for a Europa League berth, while last-placed Levante are at Granada in a relegation fight.

Runaway leaders Paris Saint-Germain are out of European competition and so the players are fully rested for the visit of bitter rivals Marseille, who played in Greece on Thursday night to reach the semifinals of the Europa Conference League. Marseille won in Paris 1-0 last season and the sides drew in Marseille 0-0 earlier this campaign, so PSG fans will be demanding goals from star strikers Kylian Mbappe, Lionel Messi and Neymar.

Some of Lyon’s fans won’t even be watching the home game against Bordeaux, however. Two prominent fan groups — Bad Gones and Lyon 1950 — have decided to boycott it. They are unhappy with the players and how the club is being run. Fans deployed an insulting banner toward the players during Thursday’s home defeat to West Ham in the quarterfinals of the Europa League, and some tried to invade the field afterward.

Relegation candidates Arminia Bielefeld won’t be thanking Villarreal after the Spanish side surprisingly knocked Bayern Munich out of the Champions League leaving “only” the Bundesliga among the remaining titles the Bavarian powerhouse can win this season.

Bayern will hope to wrap up their record-extending 10th successive German league title as quickly as possible and could potentially do so against Borussia Dortmund in Munich next weekend. To do that, Julian Nagelsmann’s team will need to beat Bielefeld first.

Bielefeld have been struggling with injuries and a lack of goals, just 23 in 29 games so far.

Union Berlin hopes to build in its derby win over Hertha Berlin with another victory when it hosts Eintracht Frankfurt.