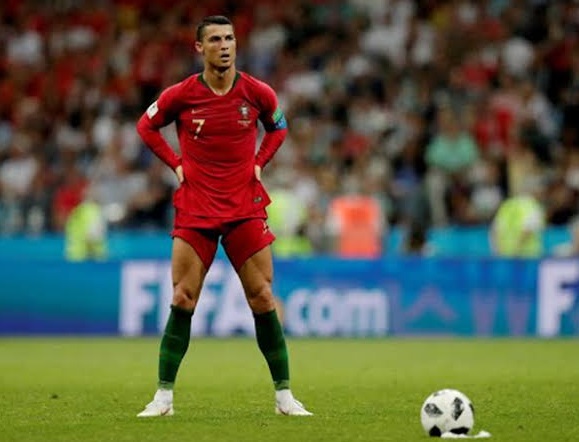 Euro 2020: Top six records that Cristiano Ronaldo can break – Arguably one of the greatest footballers to have played the game of football, Portugal’s Cristiano Ronaldo will be aiming for few records in the Euro 2020. The Juventus forward will be playing his fifth Euro, which itself is a record. Under the leadership of captain Ronaldo, Portugal will aim to defend the title in Euro 2020.

While many have argued that Cristiano Ronaldo and Lionel Messi are best club footballers and their success doesn’t reflect on their national performance, the same cannot be said about the Portuguese star. Ronaldo scored three goals in Euro 2016 and was a lively presence on the field as Portugal pipped France to win the title.

With all eyes on CR7, we at InsideSport will take you through the top six records that Cristiano Ronaldo could break in Euro 2020.

Ronaldo is among the 17 footballers who have appeared in four Euro tournaments. Right form Lothar Matthaus and Peter Schmeichel back in 2000. However, he will be the only one to feature in fifth. He is the last man standing of the 11 who notched up number four in 2016.

Ronaldo scored his first goal for Portugal in Euro 2004, which was also his debut game. In the 21 games at Euro, he has so far scored nine goals. In Euro 2020, he can surpass France’s Michel Platini who also has nine goals under his belt. Interestingly, all his nine goals came in Euro 1984.

Cristiano Ronaldo in Euro 2020 – Most appearances (including qualifying)

Ronaldo has a chance of being the player with the most appearances in the Euro Cup if he plays three matches for Portugal in Euro 2020. Italy’s Gianluigi Buffon has an all-time high of 58 appearances in the EURO competition. Ronaldo,36, could end the tournament with 63 matches to his name. Out of the 56 matches that Ronaldo has played Portugal won 36.

Seven footballers have scored hat-tricks in Euro and Ronaldo is not one of them. He has nine hat-tricks for Portugal but none of it came in Euro. He will aim to change this stat in Euro 2020

Cristiano Ronaldo in Euro 2020 – Oldest scorer in a final

Ronaldo who is 36 years old has a chance of becoming the oldest scorer in the Euro competition. West Germany’s Bernd Holzenbein was 30 years and 103 days old scored a goal in Euro 1976 final. Ronaldo will be aged 36 years and 156 days on 11 July, the date of the EURO 2020 decider.

If Portugal defend the title in Euro 2020 then he will be the second captain to win two Euro titles. Spain’s Iker Casillas who won it in 2008 and 2012 is the other captain with two Euro successes.

After loss to Oman, Stimac hints at different style of play against Bangladesh
U-21 Euro Final, Germany U-21 vs Portugal U-21: All you need to know; Preview, Lineups, Match Timing in IST, Live Streaming in India