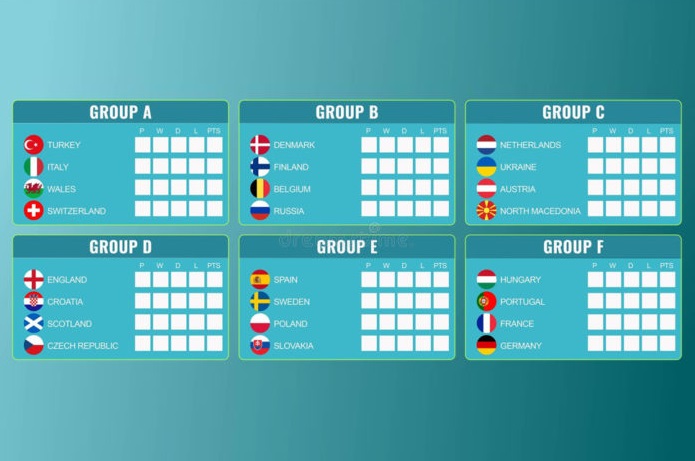 Euro 2020 Points table: Italy continued their perfect run in the European Championship with a 1-0 win against 10-man Wales at the Stadio Olimpico on Sunday.

While Italy dominated most of the game, they only managed to score once in the first half through Matteo Pessina despite Wales being reduced to 10 men when Ethan Ampadu was sent off after 55 minutes.

Xherdan Shaqiri scored twice to lead Switzerland to a 3-1 win against Turkey on Sunday in their Euro 2020 Group A match that kept their hopes of reaching the knockouts alive.

Turkey exit the competition after a third straight defeat while the Swiss hope to progress to the last 16 as one of the best third-placed teams after finishing level with second-placed Wales on four points but behind on goal difference.

Euro 2020 Points table: This will be the first time in the 60 years history of the tournament that European Championship will be played in multiple cities. Along with the defending champions Portugal, 24 best teams of Europe will be seen in action from 11th June at 12.30 IST.
Check Euro 2020 Groups and team standings, Euro 2020 Full squads, match schedule, Euro 2020 dates & fixtures, results & live streaming details of the tournament.