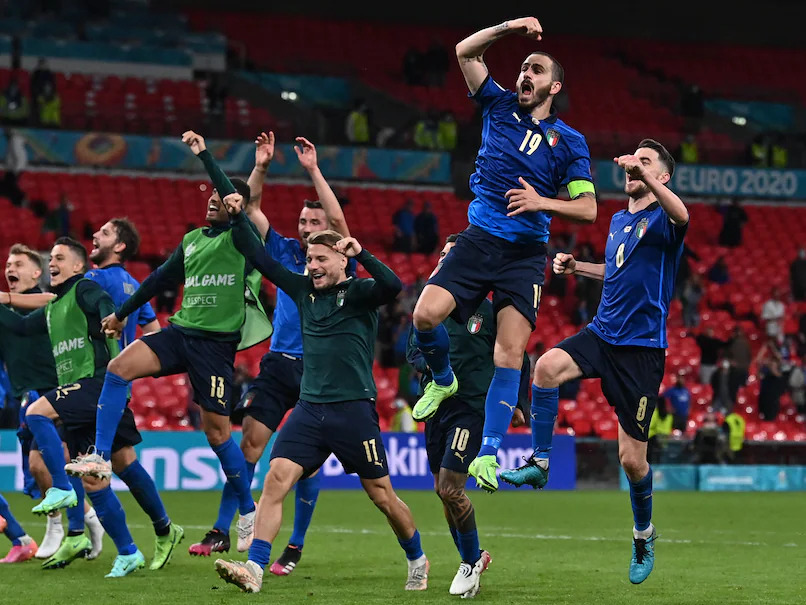 As a result of defeating Austria in the ongoing Euro 2020, Italy on Saturday (local time) set a new national record, extending their unbeaten run to 31 games. Extra-time goals from Federico Chiesa and Matteo Pessina saw Italy triumph over Austria in the round of 16 match of the ongoing Euro Cup 2020 on Saturday (local time) at the Wembley Stadium. As a result of this 2-1 win over Austria, Italy has qualified for the quarterfinals and the side would now play their next match on July 2.

After the win against Austria, Italy broke a record that has stood for 82 years.

Earlier, Roberto Mancini’s side had equalled the record with a 1-0 win over Wales, but the win against Austria, saw Italy breaking the record, reported Goal.com.

Vittorio Pozzo was the coach of Italy when the side went four years without defeat between October 1935 and July 1939.

During that phase, Italy went on to win their second consecutive World Cup and also the gold medal in the 1936 Olympics.

Italy has lost two matches since Mancini took charge in May 2018, and the last loss had come against Portugal in a Nations League match in September of that year.