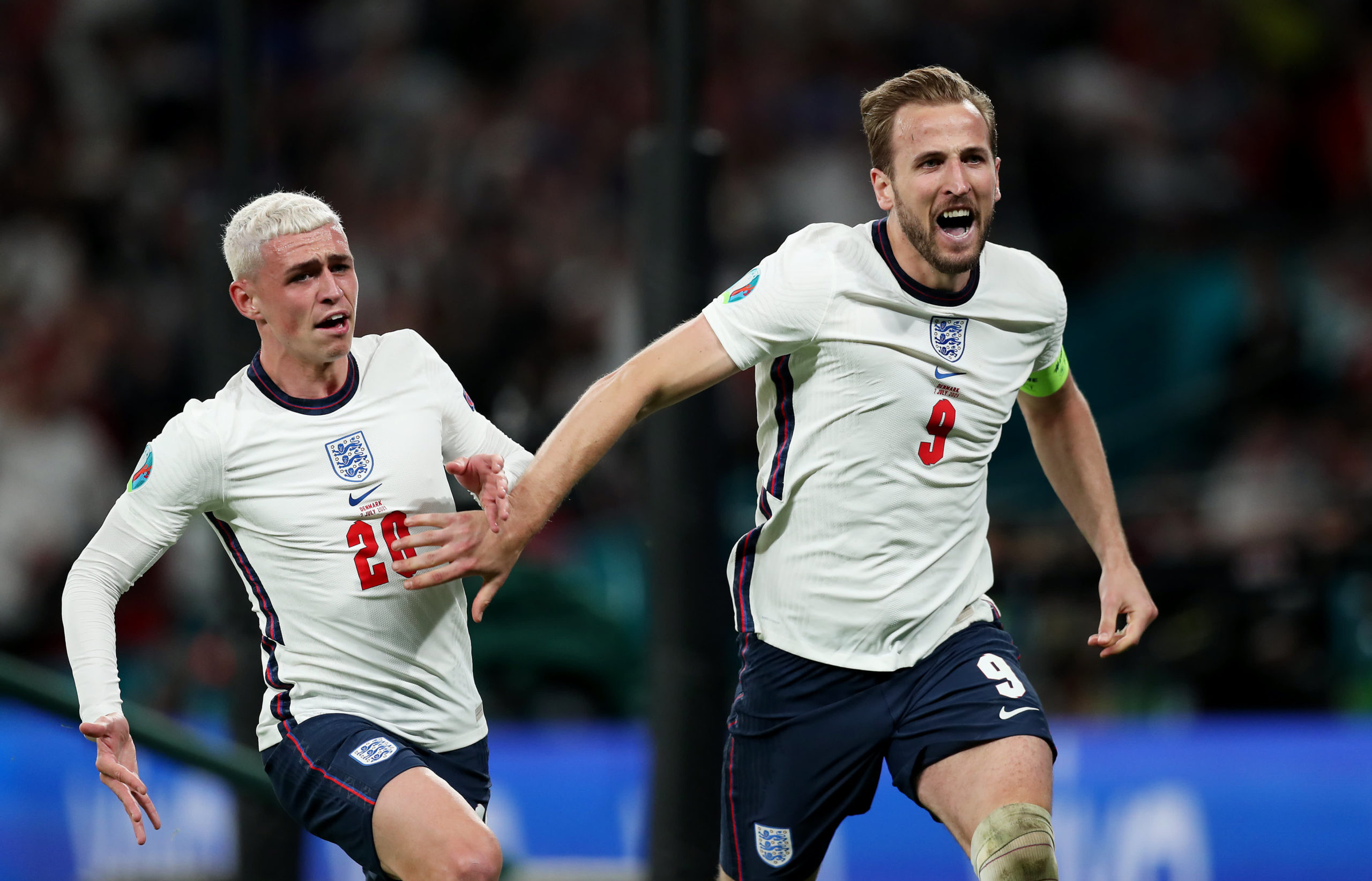 England will play in their first major tournament final for 55 years after coming from behind to beat Denmark 2-1 after extra time in front of a delirious 65,000 crowd at Wembley in Wednesday’s Euro 2020 semi-final. Mikkel Damsgaard’s stunning free-kick after 30 minutes threatened another semi-final disappointment for Gareth Southgate’s side, three years on from losing in the last four of the World Cup. But Simon Kjaer’s own goal eight minutes later and Harry Kane’s extra-time winner on the rebound after his penalty was saved by Kasper Schmeichel means England will attempt to win the European Championship for the first time when they face Italy back at Wembley in Sunday’s final.

Defeat ends Denmark’s fairytale run to the semi-finals, the furthest they have been at a tournament since winning Euro 92.

The Danes’ tournament began in nearly-tragic circumstances when star midfielder Christian Eriksen suffered a cardiac arrest in their opening game against Finland.

Kasper Hjulmand’s men have since ridden an emotional wave and played plenty of slick football in sticking four goals past Russia and Wales on their way to the semi-finals.

However, England’s huge advantage in having six of their seven matches on home soil has paid off as they were the physically fresher side in the latter stages.

Roared on by the deafening noise created by the biggest crowd for an England game in nearly two years, the hosts came flying out of the traps.

Kane’s teasing cross just evaded Raheem Sterling as he burst in towards the far post.

Denmark settled after a shaky start and started to pose a threat themselves as Pierre-Emile Hojbjerg shot straight at Jordan Pickford before Martin Braithwaite and Damsgaard saw efforts fly off target.

England were on a national record run of seven consecutive clean sheets, but were finally breached in spectacular fashion by Damsgaard’s free-kick that flew into the top corner.

Any questions over how Southgate’s men would react to falling behind for the first time in the tournament were emphatically answered as England rapidly hit back.

Sterling should have equalised when he fired straight into Schmeichel’s midriff with just the ‘keeper to beat.

Moments later, the hosts were level when Kane freed Bukayo Saka down the right and Kjaer turned into his own net under pressure from Sterling.

Denmark’s exertions in being forced into a 9,000-kilometre (5,592 mile) round trip for their quarter-final win over the Czech Republic showed in the second half as they desperately tried to keep England at bay.

Schmeichel produced another stunning save from Harry Maguire’s header low to his right, while Kane could not get a telling connection in a goalmouth scramble in the 96th minute.

Hjulmand made all five of his allotted substitutions before the 90 minutes were up to give his side an extra boost of energy, but they could not get any forward momentum.

Schmeichel kept his side in the game in extra time with another agile low save to his right to deny Kane before repelling a Jack Grealish piledriver.

England’s pressure finally paid off in controversial circumstances when Sterling was awarded a soft penalty for a challenge by Joakim Maehle in the 104th minute.

Schmeichel even denied Kane from the spot but the ball fell kindly for the England captain to sweep home his fourth goal of the tournament.

Southgate was the fall guy when England last made it to a Euro semi-final 25 years ago as he missed the decisive penalty in a shoot-out defeat to Germany.

But he has the ultimate shot at redemption come Sunday as England have the chance to finally bring a major trophy home after so many years of hurt.