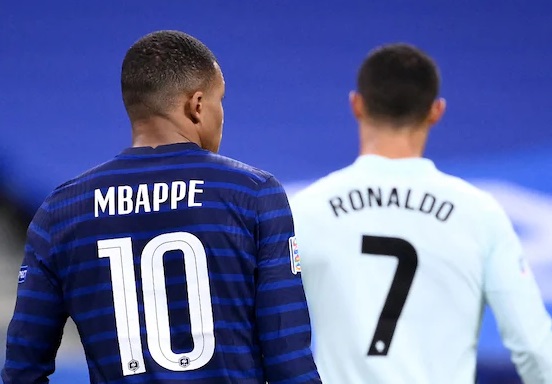 Some of the jeopardy may be removed by the fact that the four best third-placed teams will qualify for the quarter-finals, but Euro 2020’s Group F remains full of intrigue as reigning champions Portugal, World Cup holders France and Germany all face off, while Hungary could have their say too.

AFP Sport casts its eye over the four teams trying to reach the knockout stage.

Portugal are reigning European champions and have reached at least the semi-finals in four of the last five Euros. They came second behind Ukraine in qualifying and, at 36, Cristiano Ronaldo is not getting any younger. However, Portugal also won the Nations League in 2019 and Ronaldo has arguably never been surrounded by so much talent: from Ruben Dias at the back to Bruno Fernandes, Bernardo Silva, Diogo Jota and Joao Felix. If they click, they could take some stopping.

Player to watch: Cristiano Ronaldo
Given the talent in Portugal’s ranks, perhaps it is unimaginative to single out Ronaldo, but it will be fascinating to follow his progress. At 36 this is probably his penultimate major tournament. Portugal’s captain and most-capped player has 103 international goals, with 11 coming in the qualifying campaign. He is now just six shy of the all-time international scoring record of 109 held by Iran’s Ali Daei.

“All the other countries envy us,” shouted the front of French sports daily L’Equipe this week underneath pictures of Kylian Mbappe, Karim Benzema and Antoine Griezmann. In France they are understandably confident about their prospects of following their 2018 World Cup triumph with Euro glory.

Coach Didier Deschamps has a squad full of world-class talent. Competition for places was already fierce up front even before the decision to recall Benzema. Most countries would be delighted to have just one of Mbappe, Benzema or Griezmann, and maybe over-confidence is the biggest danger for France.

Player to watch: Karim Benzema
At 33, the Real Madrid striker was recalled after an international exile of five and a half years. He had not been called up since a blackmail scandal over a sextape involving his former teammate Mathieu Valbuena broke in 2015. But Deschamps could no longer ignore Benzema’s form after a season in which he scored 30 goals for his club.

Germany are three-time European champions and have reached at least the semi-finals at each of the last three Euros. However, since their disastrous showing at the 2018 World Cup, when they went out in the group stage, Germany’s fortunes have not improved much. They topped their qualifying group ahead of the Netherlands, but in recent matches they were trounced 6-0 in Spain in the Nations League and suffered a 2-1 home defeat by North Macedonia in World Cup qualifying.

After 15 years in charge, coach Joachim Loew will step down after the tournament. He has recalled Thomas Mueller and Mats Hummels, who had previously been discarded after the last World Cup. Playing group games at home in Munich gives them an advantage, on paper at least.

Player to watch: Thomas Mueller
Germany will rely heavily on the quality of players like Joshua Kimmich and Toni Kroos but a successful Euro may also depend on Mueller. The 31-year-old has been too good for Bayern Munich to be ignored any longer by his country and is back after two and a half years in the international wilderness.

The Magyars reached a second straight European Championship via the Nations League play-offs — they finished fourth in their qualifying group but won play-off ties against Bulgaria and Iceland to qualify.

Coached by the Italian Marco Rossi, Hungary will get to play their first two matches at home in Budapest but their best player, RB Leipzig midfielder Dominik Szoboszlai, is out injured. It would be an enormous surprise if they finished anywhere other than bottom of their group.

Player to watch: Peter Gulacsi
Given the calibre of Hungary’s opponents, Gulacsi could be a busy man. The 31-year-old, once on Liverpool’s books, has gone on to be a fixture in goal for RB Leipzig in the German Bundesliga. His recent experience of the latter stages of the Champions League could come in handy.