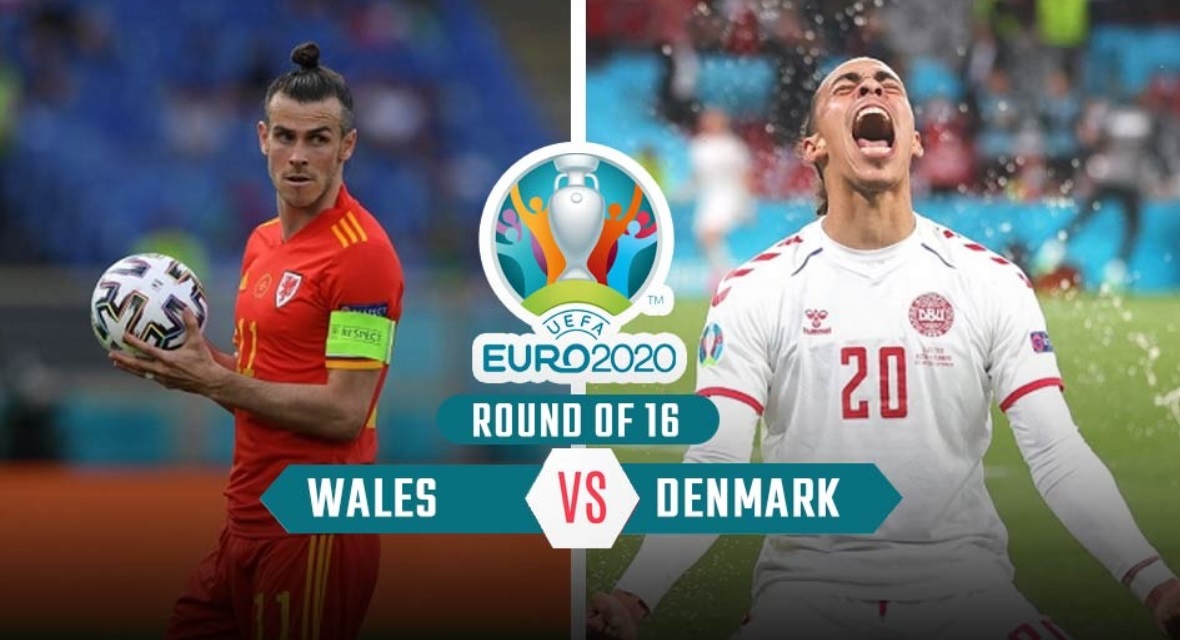 Wales set to kick start their round of 16 campaign as they take on Denmark in the first match of the knock out stages.

Despite their defeat to Italy in the last match Gareth Bale’s side comfortably eased to the next round and now will be looking to better their 2016 European Championship record.

90′ Can Wales find a consoling goal?

80′ Time running out for Wales as we enter the dying minutes of the match.

🇩🇰 Kasper Dolberg is the first Danish player to score two or more in a match at a major tournament since Nicklas Bendtner against Portugal at EURO 2012 ⚽️⚽️#EURO2020 pic.twitter.com/7croaI07JL

60′ Norgaard and Jensen come in

48′ Dolberg has a brace as Denmark doubles their lead. Braithwaite’s feeds a ball in the penalty box but Neco Williams’ poor clearance comes straight to Dolberg who blasts the ball into the net

45′ second half starts as Wales pushing for an equaliser

40′ Connor Roberts gets injured and  makes way for Neco Williams

37′ Bale has been kept quite so far

33′ Wales needs to be very careful

27′ Kasper Dolberg curls a beautiful one to the right corner

9.48PM: Wales having the major share of possession , Wales 0-0 Denmark

17′ Wales has been the better team so far

4′ 1st corner for Wales but nothing comes out of it

9.25PM: players lined up for the national anthem

Who will be the difference-maker? 🤔#EURO2020

🇩🇰 Two changes for Denmark; Stryger replaces Wass at right wing-back, and Dolberg comes in for Poulsen in attack…