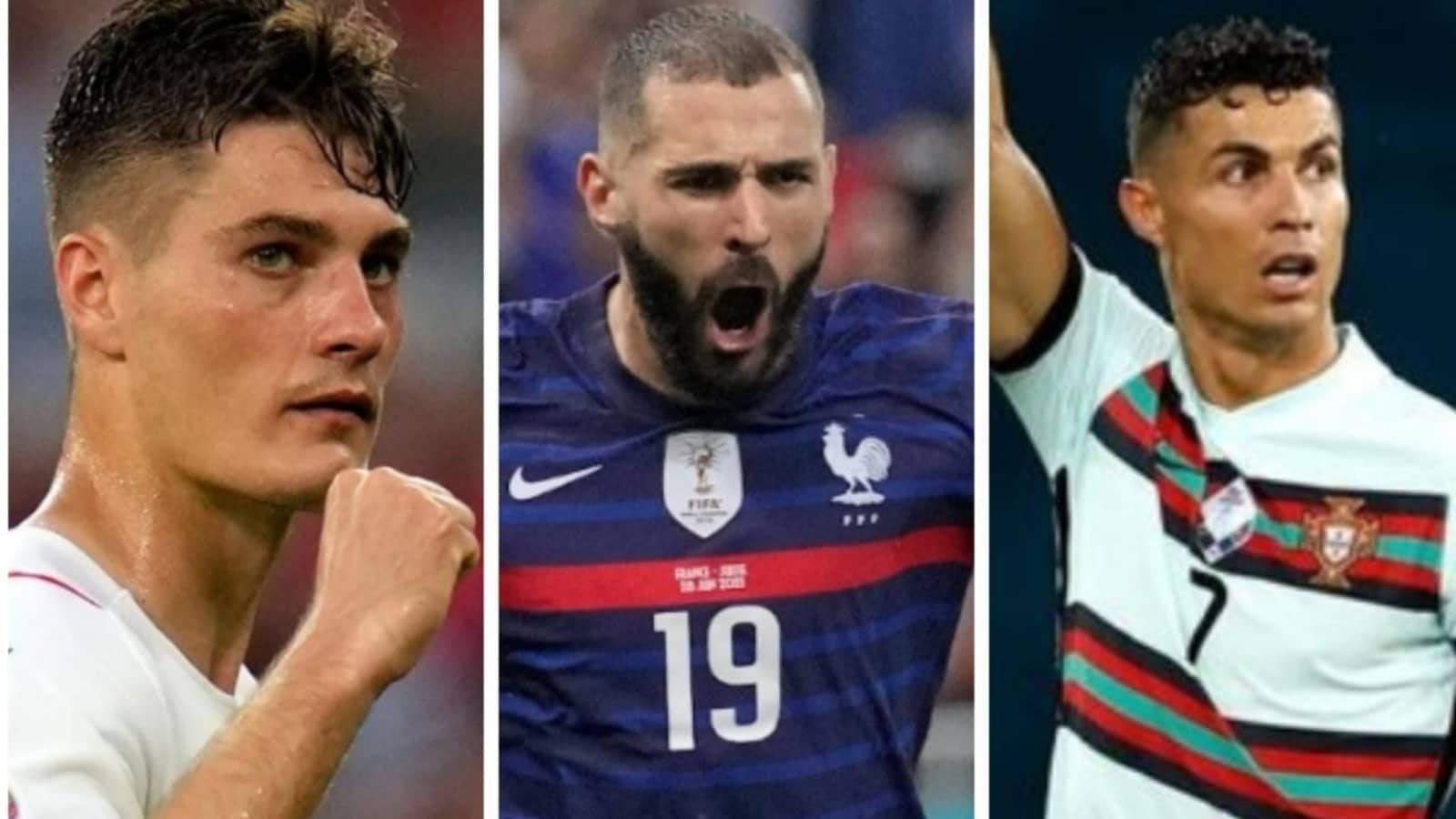 Euro 2020: After an exhilarating set of matches in the Round of 16, the tournament now heads into the quarterfinals stage. Before the last-8 matches begin, let’s have a look at the current leaders in race to the Golden Boot involving Karim Benzema and Cristiano Ronaldo

WOW! This is one word that will definitely come to everyone’s mind while describing the quality of football during the Euro 2020 Round of 16 stage. These eight matches, between 16 teams, were laced with high-class entertainment, some jaw-dropping goals and some mind-boggling exits. Long story short, the competition truly came to life and it is only going to get better. Before the last-8 matches begin, let’s have a look at the current leaders in race to the Golden Boot involving Karim Benzema and Cristiano Ronaldo. (Full euro 2020 coverage)

1) Cristiano Ronaldo (5): Record-breaking man Euro 2020 Ronaldo ended his tournament with five goals, netting all of them in the group stage. The Portugal captain scored a late double against Hungary, one goal against Germany, and another brace against France to lead his side to last 16. Moreover, the Juventus striker has an assist to his name. He failed to add to his tally against Belgium in their last 16 encounter.

2) Karim Benzema (4): Karim Benzema scored twice against Switzerland in their last-16 game but failed to prevent world champions France from crashing out after a defeat via the penalty shootout. Earlier in the group stage, he scored a brace against Portugal in their final group game. His tournament, has therefore ended as well.

3) Patrik Schick (4): Schick added a fourth during Czech Republic’s 2-0 win over Netherlands in the Round of 16. He will be remembered for a long time for THAT goal against Scotland in their tournament opener. The Czech Republic striker has scored four goals so far as the Czech finished third in their group to qualify for the next round. He scored twice against Scotland and added a third against Croatia

4) Emile Forsberg (4): Sweden’s Emil Forsberg scored three goals en route to leading Sweden to last 16. He netted one against Slovakia and registered a brace against Poland. He then scored a goal in the last R16 clash against Ukraine but will not be able to add to the tally as Sweden were knocked out 1-2 by Ukraine.