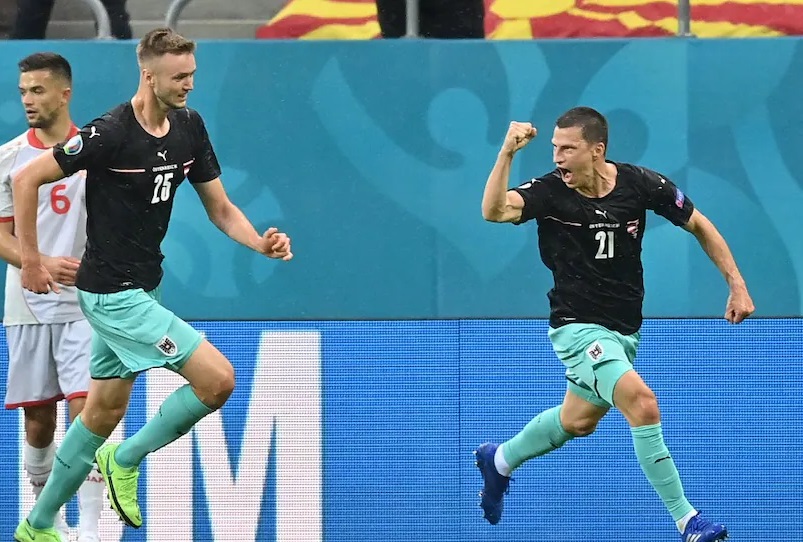 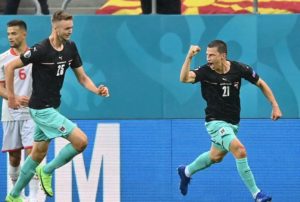 Goran Pandev became the second-oldest scorer in championship history by equalising after Stefan Lainer’s opener in the first half. But Gregoritsch and Arnautovic ended their opponents’ spirited resistance in Bucharest ahead of the day’s other Group C game between the Netherlands and Austria in Amsterdam.

Austria defender Stefan Lainer scored the first goal in the 18th minute, and then grabbed a white shirt from the bench to deliver a message to Christian Eriksen, the Denmark midfielder who collapsed on the field on Saturday in Copenhagen.

North Macedonia captain Goran Pandev equalized 10 minutes later, making the 37-year-old veteran the second oldest player to score in the tournament’s history. Only Ivica Vastic was older when he scored for Austria against Poland at Euro 2008 when he was 38.