Enjoy Alcaraz but do not put pressure on him, says Nadal 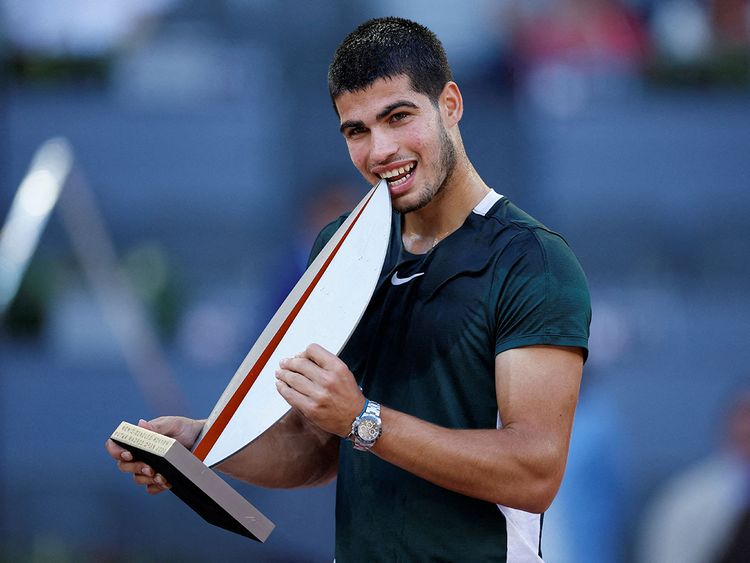 Rafa Nadal said Carlos Alcaraz’s rise in tennis is good for the sport but people must stop comparing the two Spaniards and let his teenaged compatriot enjoy his career without the pressure of having to live up to their expectations.

Alcaraz, 19, emerged as the next big Grand Slam contender after he beat his idol Nadal and Novak Djokovic en route to the Madrid title last week, his second Masters title after winning the Miami Open in March.

READ | Is Alcaraz the next Nadal?

“The only thing that we can do is enjoy the career of an amazing player like Carlos. Will be better, even if it’s interesting, you stop comparing him to me,” Nadal told reporters in Rome.

“If he’s able to win 25 Grand Slams, it’s going to be amazing for him and for our country, and I will be happy for him. But let him enjoy his personal career.

“Don’t put pressure, extra pressure, on him. Don’t ask me every time… I am super happy to have an amazing player like him in our country.”

Comparisons with Nadal — who won his first major aged 19 at Roland Garros — were inevitable but the 21-times Grand Slam winner did not want to add to the pressure ahead of the French Open later this month.

“We cannot be, all the time, thinking about how was it, how he is today. He is what he is, he’s fantastic. Probably in 2005, I will not say about myself that I was fantastic, but I think I was quite good too.

“Different moments, different careers, different way to approach things because the times are changing. But let’s enjoy him. That’s it.”

Alcaraz skipped the Italian Open in Rome to nurse a sore ankle ahead of the French Open which begins on May 22.