English FA says Wembley could be full for Euro 2020 final, 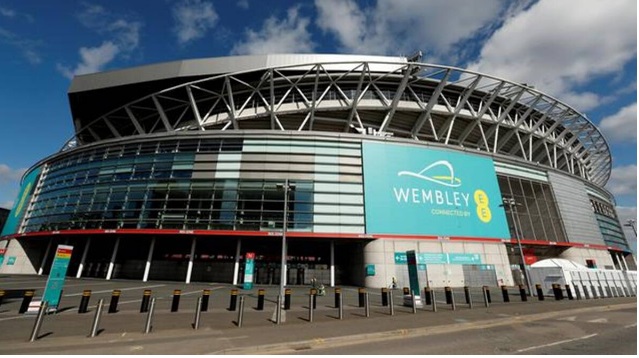 English football leaders hope Wembley Stadium will be at full capacity for the final of the European Championship in July.

Ahead of a wider relaxation of coronavirus restrictions in England that will not take effect until May, a series of pilot events are taking place over the coming weeks at sports and entertainment venues to assess procedures for testing on spectators and visitors.

They include the following games at Wembley: the FA Cup semifinal match between Leicester and Southampton on April 18 (4,000 fans), the English League Cup final between Tottenham and Manchester City on April 25 (8,000 fans), and the FA Cup final on May 15 (21,000 fans).

It is hoped this will eventually allow for far bigger crowds to be welcomed back, particularly for the delayed Euro 2020, with Wembley staging seven games including the semifinals and final in July.

“We are delighted to be hosting three test events at Wembley and are confident we can offer a safe environment,” said Mark Bullingham, chief executive of the Football Association.

“This is an important first step towards getting fans back, with the end goal of full stadia — hopefully by the end of the men’s Euros.”

The European Championship final is scheduled to take place on July 11.

There will be one indoor pilot event in sports — snooker’s world championship from April 17-May 3 at the Crucible Theatre in Sheffield, which will welcome up to 1,000 people a day.

“Our sports stars and great performers need us to find ways to get bums back on seats safely,” said culture secretary Oliver Dowden.

“This science-led pilot program will be the springboard in getting the buzz back of live performance.

“We’ve supported the sports and arts with unprecedented sums, but it’s now time to make that Great British Summer’ of live events a reality.”