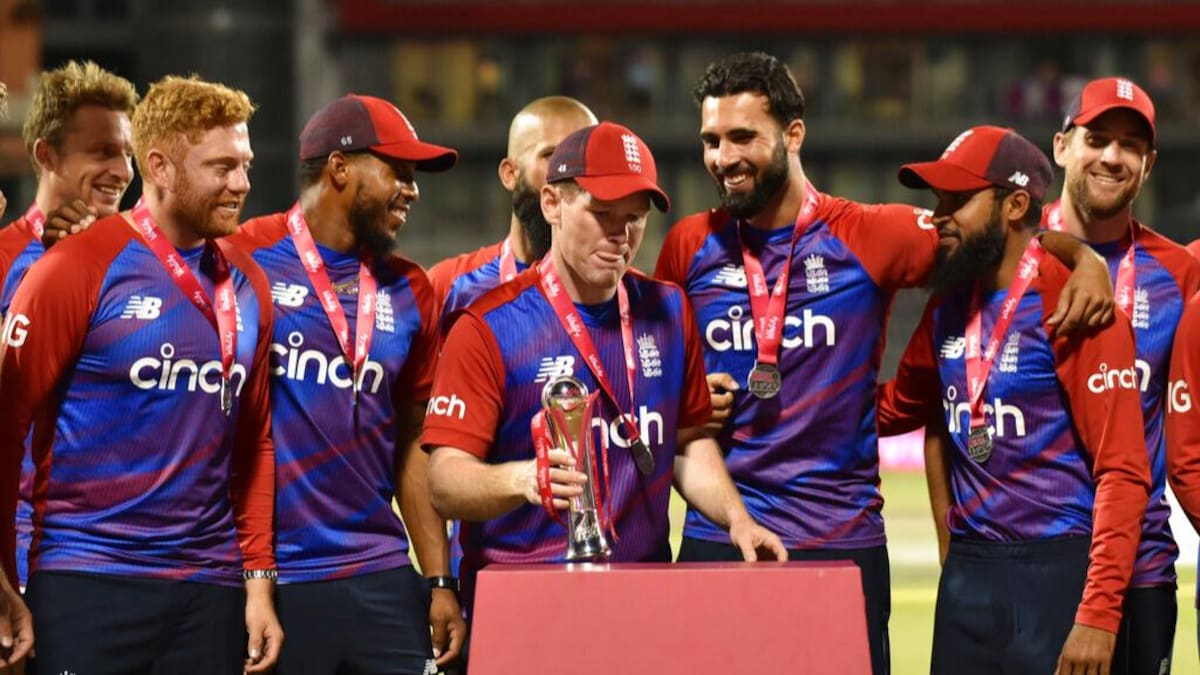 Adil Rashid took a career-best haul before England just did enough in a nervous chase to seal a thrilling and series-clinching three-wicket win over Pakistan in a Twenty20 decider at Old Trafford on Tuesday. Victory gave England the three-match contest 2-1 in their last white-ball fixture of the 2021 home season. Leg-spinner Rashid took 4-35 as Pakistan were restricted to 154-6 after winning the toss, with Mohammad Rizwan batting through the innings for 76 not out. England opener Jason Roy, the player of the match, got the chase off to a brisk start with a dashing 64. But the hosts kept losing wickets before returning captain Eoin Morgan made a useful 21.

Liam Livingstone, the player of the series after scoring England’s fastest T20 hundred in the opener at Trent Bridge, struck one six and then holed out before Chris Jordan hit the winning runs with two balls to spare.

“This was the worst possible pitch for the way we play, and we have won on a wicket which is slow and spins so I am very proud.”

Pitches in the United Arab Emirates, the venue for October’s T20 World Cup, are renowned for taking turn but Morgan said: “I genuinely don’t think the ball will spin like that in UAE having played a full season in the IPL (Indian Premier League) there last year, but we are ready for any surfaces that do spin.”

Pakistan captain Babar Azam, whose side also loost the preceding one-day international series against England, was left lamenting a lack of runs.

“We were 10 to 15 runs short today,” he said. “The partnership between myself and Mohammed Rizwan, if it had developed a bit better, maybe we would have the extra 10 or 15 runs.

“We need to do better against spinners, we haven’t struggled as much but haven’t batted as well as we could. Some days we have good days and some days we have bad days.”

Roy took four boundaries off Shaheen Shah Afridi’s first over and swept spinner Imad Wasim for six during a 30-ball fifty but on 64 he skied a catch off leg-spinner Usman Qadir, the son of Pakistan great Abdul Qadir.

Jonny Bairstow holed out cheaply off Wasim and wghen Moeen Ali was bowled by off-spinner Mohammad Hafeez for just one, England were 112-4 off 15 overs.

But with Morgan hitting a couple of fours off Hafeez, England were back on tracck.

Azam, rather than continue with spin, recalled paceman Hasan Ali into the attack only for left-hander Morgan to hoist him for two sixes.

Livingstone and Morgan then got out in quick succession before a pair of twos from Jordan ended the match.

Spin proved Pakistan’s undoing for the second match in a row, with off-spinner Moeen taking 1-19 in addition to Rashid’s haul.

Rashid took the first three wickets to fall, a haul that included having Azam stumped for just 11 by wicketkeeper Jos Buttler when the star batsman misread a googly.

Rashid took a wicket with his last delivery when Shadab Khan holed out, with Rizwan not seeing enough of the strike after completing a 38-ball fifty featuring two sixes.