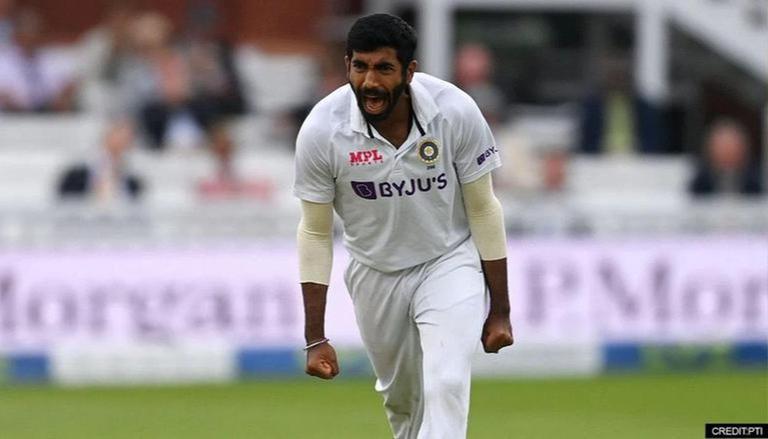 Jasprit Bumrah became the fastest Indian pacer to 100 Test wickets during Day 5 of the fourth Test against England at The Oval on Monday. Bumrah reached the feat in 24 Tests, one fewer than Kapil Dev, who had held this record after having reached there in 25 Tests. Irfan Pathan (28), Mohammed Shami (29) and Javagal Srinath (30) are the other Indian pacers on the list. The Board of Control for Cricket in India (BCCI) tweeted after Bumrah bowled Ollie Pope in the second innings to reach the landmark. He then sent Jonny Bairstow packing to give England a double whammy.

Among all Indian bowlers, Ravichandran Ashwin holds the record for being the fastest to reach 100 Test wickets, having reached there in just 18 Tests.

Bumrah’s returns in the second innings helped initiate a mini collapse as Ravindra Jadeja struck from the other end to take two wickets.

Earlier, half-centuries from Shardul Thakur and Rishabh Pant on Day 4 helped India post 466 in the second innings, after they were bowled out for 191 in the first.

England made 290 in their first innings, but the 99-run lead was washed off comfortably by the hosts, courtesy a first away Test century by Rohit Sharma (127), who added 83 for the first wicket with KL Rahul and then 153 for the second wicket with Cheteshwar Pujara.