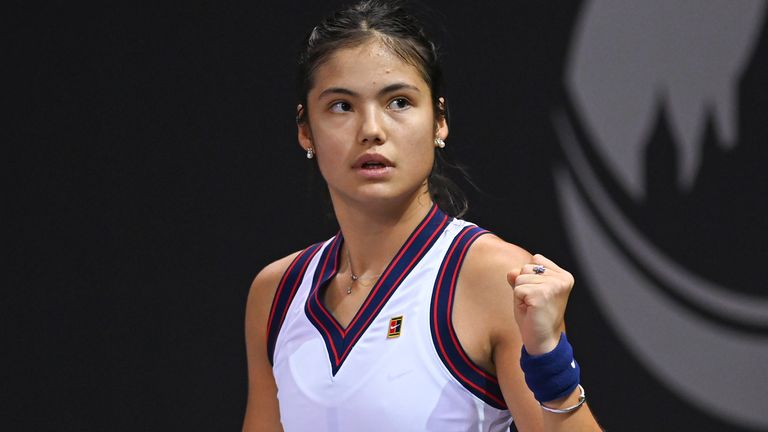 England rugby coach Eddie Jones has written to British tennis star Emma Raducanu to explain his comments suggesting her results had suffered from off-court “distractions” since her stunning US Open triumph in September.

Jones cited the British teenager’s poor form since that success to illustrate his view that Marcus Smith must remain level-headed after the 22-year-old fly-half came off the bench to direct a late burst of tries in England’s 69-3 rout of Tonga last week.

“There’s a reason why the young girl who won the US Open hasn’t done so well afterwards,” Jones said after the Twickenham match.

“What have you seen her on — the front page of Vogue and Harper’s Bazaar or whatever it is, wearing Christian Dior clothes. All that is a distraction around her.”

Jones’s language was deemed sexist by the likes of former British tennis number one Jo Durie, while others noted Raducanu’s appearance in British Vogue had been before the 18-year-old travelled to New York, where she became the first qualifier to win a Grand Slam singles title.

Jones insisted Thursday there was no sexist intent behind his comments and that he had written to Raducanu to explain his remarks.

“The whole point was how difficult it is for young players to cope with distractions,” Jones told BBC Sport on Thursday.

“So the point I made was not wrong. I can’t control it if it’s taken out of context. There was no criticism of Emma,” the Australian added.

“I have sent her a letter just to reinforce that and hopefully we’ll see her at Twickenham shortly.

“I don’t have any misgivings about what I said — I am disappointed it was taken out of context, and I would be disappointed if Emma was upset by it.

“It was deemed as being sexist and that was never the aim of the point.”

This month Raducanu moved into the world’s top 20 for the first time in her career.

But her breakthrough season ended on Tuesday when she was knocked out in the second round of the WTA tour event in Linz, Austria by Wang Xinyu, the world number 106.