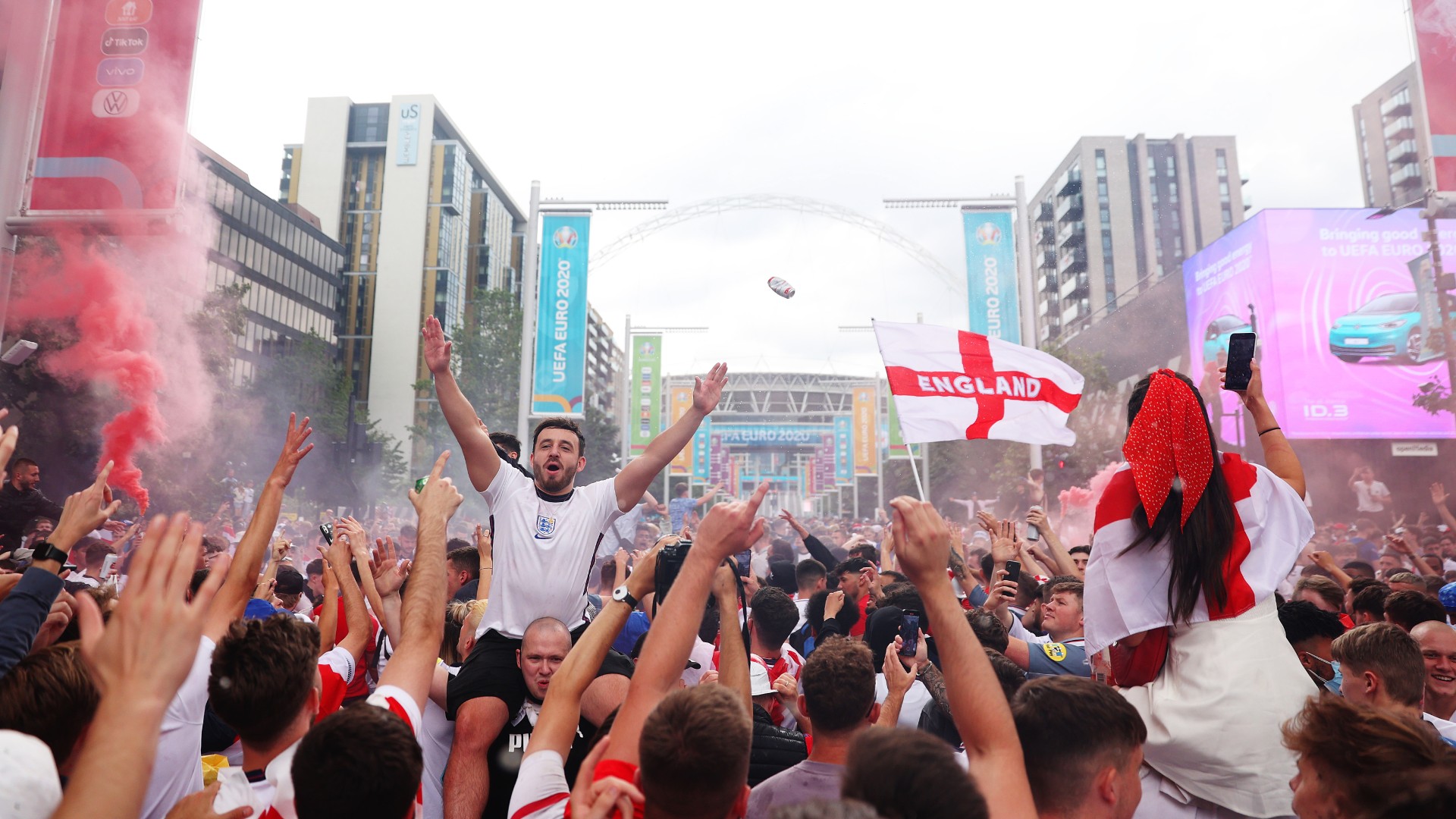 European football body, UEFA on Tuesday charged England on four different offences relating to fans’ misbehaviour during Euro 2020 final clash between England and Italy. Italy ended England’s dream to win the Euro 2020 here at the Wembley Stadium on Sunday (local time). Azzurri defeated England 3-2 on penalties after the normal 90-minute action had finished at 1-1 and even extra time was not able to break the deadlock. Rashford, Jadon Sancho, and Bukayo Saka all missed the chance to net goals in the penalty shootouts.

The English players were then abused on social media.

Before the match at Wembley, fans engaged in brawls and some also tried to enter Wembley Stadium without tickets. After the match, a scuffle also broke out between the supporters inside and around the stadium.

“Disciplinary proceedings have been opened following the UEFA EURO 2020 final match between the national teams of Italy and England (1-1, Italy won 3-2 on penalties), played on July 11 at Wembley Stadium, London,” UEFA said in a statement.

The charges are as follows:

Throwing of objects by its supporters – Article 16(2)(b) DR

In its statement, UEFA added: “The case will be dealt with by the UEFA Control, Ethics and Disciplinary Body (CEDB) in due course. Separately, and in accordance with Article 31(4) DR, a UEFA Ethics and Disciplinary Inspector has been appointed to conduct a disciplinary investigation into events involving supporters which occurred inside and around the stadium.”

England’s Football Association (FA) in the early hours of Monday morning also condemned racist abuse of players. “The FA strongly condemns all forms of discrimination and is appalled by the online racism that has been aimed at some of our England players on social media,” an official statement read.

Micro-blogging website Twitter has removed over 1,000 tweets and permanently suspended a number of accounts after they were found engaging in racial abuse of England players as the Three Lions lost the Euro 2020 final against Italy.