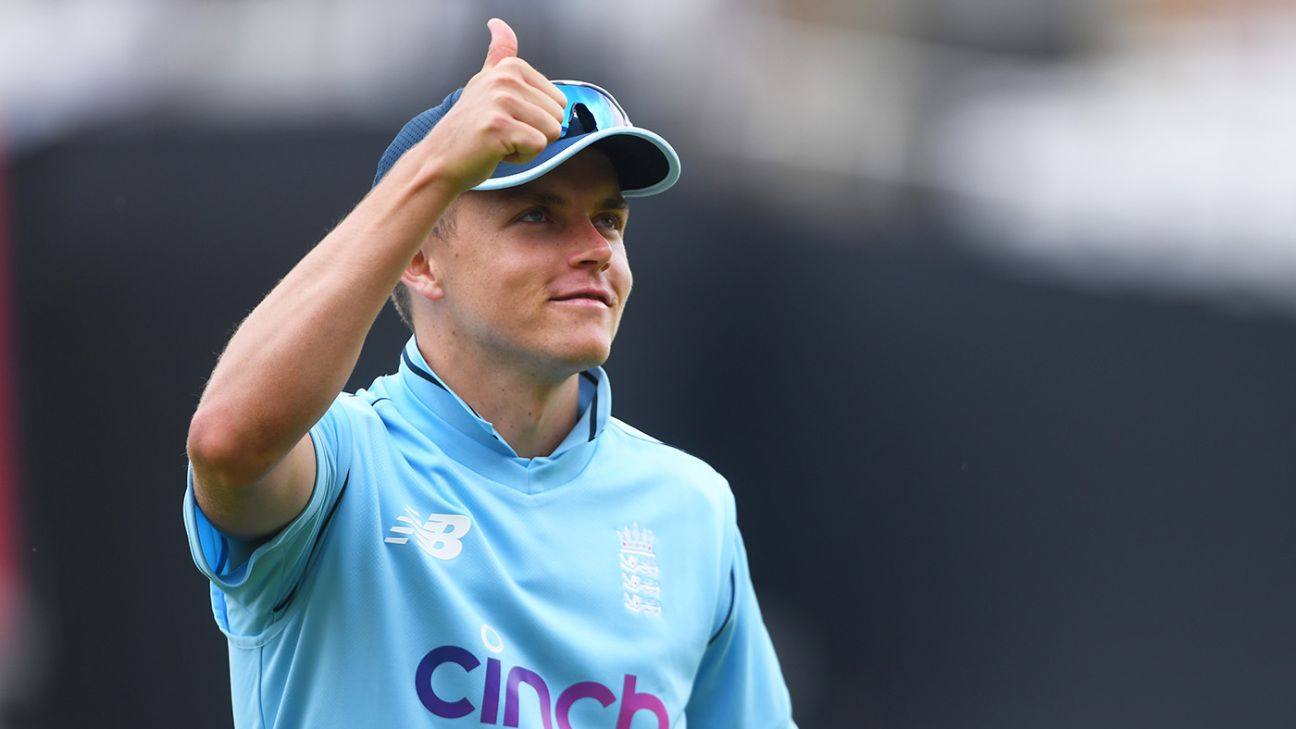 Sam Curran took five wickets before England captain Eoin Morgan and Joe Root both hit unbeaten fifties as the 50-over world champions cruised to a series-clinching win over Sri Lanka in the second one-day international at the Oval on Thursday. England finished on 244-2 with exactly seven overs to spare for an eight-wicket success that put them 2-0 up in a three-match campaign ahead of Sunday’s finale in Bristol. Morgan was 75 not out — only his second fifty in 17 international innings — whereas Test skipper Root’s unbeaten 68 followed his 79 not out during Tuesday’s five-wicket win in the series opener at Chester-le-Street.The third-wicket pair shared an unbroken stand of 140.

Player-of-the-match Curran, starring on his Surrey home ground, set up the victory with an ODI best 5-48 — his first five-wicket haul in all international cricket.

Fellow left-arm paceman David Willey (4-64) was the only other bowler to take wickets in Sri Lanka’s 241-9.

“It was really special to get my first five-for and to be playing in front of fans as well,”  the 23-year-old Curran, appearing in just his 10th ODI, told Sky Sports.

Morgan added: “It was a good day all-round. As a captain I don’t think massively about my batting. Today it was nice to get some time in the middle and hopefully the runs continue.”

It looked like a Covid-reduced crowd of 14,000 for this day/night match would leave before the floodlights were switched on in south London when Sri Lanka slumped to 21-4 inside seven overs after losing the toss.

But Dhananjaya de Silva’s run-a-ball 91 kept them in the match and he received good support from Dasun Shanaka (47) in a sixth-wicket stand of 78.

“When we fell to 21-4, that is very hard to get back in the game but it was good to see Dhananjaya de Silva and Dasun Shanaka get us back on track,” said Sri Lanka captain Kusal Perera.

Jonny Bairstow and Jason Roy ensured England made a brisk start to their chase before the former chopped-on to leg-spinner Wanindu Hasaranga for 29.

Roy, like Curran playing on his home ground, pressed on to 60 before he was well caught by a diving De Silva at midwicket off Chamika Karunaratne.

England, however, remained in command, with Morgan making a run-a-ball fifty.

Batting had been a problem for a Sri Lanka side missing vice-captain Kusal Mendis, opener Danushka Gunathilaka and wicketkeeper Niroshan Dickwella, who were all sent home for breaching Covid regulations.

Sri Lanka were dismissed for just 185 on Tuesday and that lowly total appeared beyond them as they lost four wickets inside the opening seven overs.

Curran, recalled in place of the rested Chris Woakes, struck with his second ball when Perera was lbw for a duck after top-scoring for Sri Lanka with 73 on Tuesday.

Two balls later, still in the second over, Avishka Fernando was also lbw to Curran.

Sri Lanka slumped to 12-3 when Pathum Nissanka was clean bowled between bat and pad by Curran on the drive.

The collapse continued with Charith Asalanka mistiming a pull off Willey to short mid-wicket.

At 21-4, Sri Lanka were in danger of being dismissed for less than their record low ODI total of 43 all out against South Africa in Paarl in 2012.

But De Silva, stroking some stylish boundaries off an England attack that included Tom Curran, Sam’s brother, meant they avoided that embarrassment.

De Silva had just moved into the 90s when, next ball, he fell nine short of a maiden ODI hundred as he too perished to the short ball, top-edging a pull off Willey to Root before Sri Lanka managed to bat out their overs.

England vs India: Virat Kohli-Led India To Play Warm-Up Match From July 20 To 22, Says Report
England vs Pakistan ODI at Lord’s to be played amid a full capacity