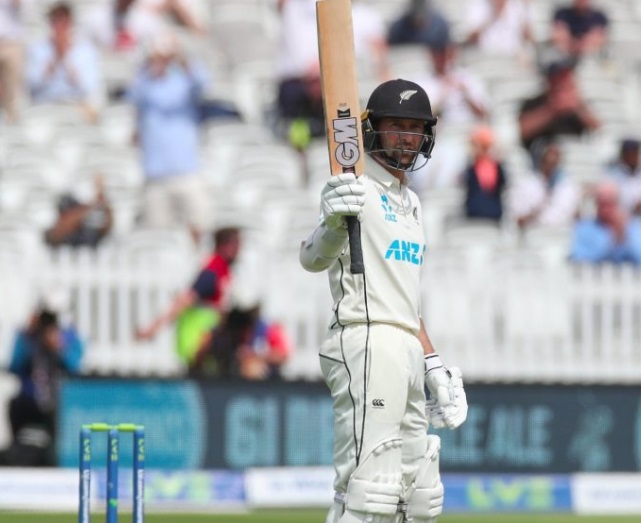 New Zealand opening batsman Devon Conway hit an exemplsary ton on debut in the first Test against England on Lord’s Cricket Ground on Wednesday. In the process, he went on to break a record in possession of former Indian skipper Sourav Ganguly.

Conway remained unbeaten on Day 1 finishing at 136. However, as he reached 131, the Kiwi equalled Sourav Ganguly’s 131 in 1996 for the highest score on Test debut at Lord’s and went on to surpass it.

Earlier, His partner Tom Latham was sent back by Robinson in the 16th over of the first session.

Williamson won the toss and opted to bat first. The series is played ahead of the World Test Championship final which will be played between Blackcaps and Virat Kohli’s Team India. The kiwi side will get the much-needed match practice in this series ahead of the mega clash.

Devon Conway is underway in Test cricket! Scampers for 2 down to fine leg off Stuart Broad at the @HomeOfCricket. Follow play LIVE with @sparknzsport i NZ. Tom Latham with him. LIVE scoring | #ENGvNZ pic.twitter.com/vEKWzCsF1v

We return to international cricket with a powerful message.