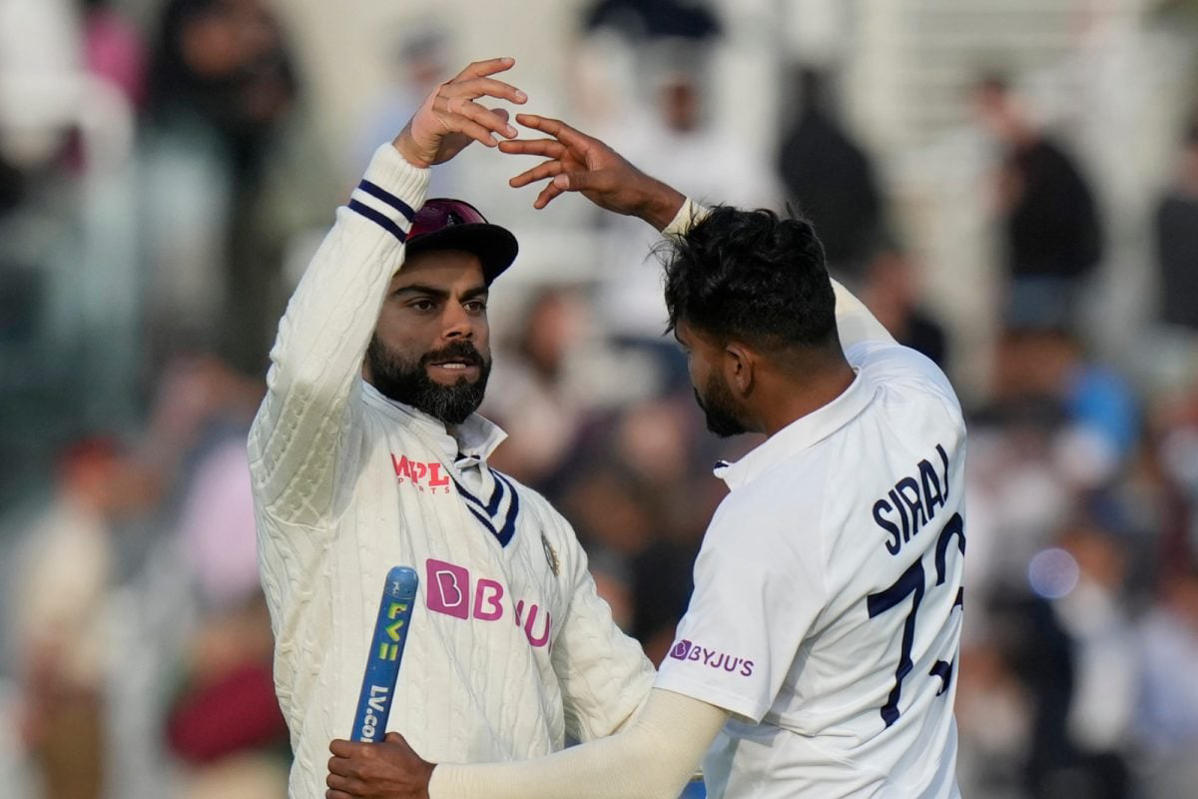 Mohammed Siraj’s meteoric rise is hardly a surprise for India skipper Virat Kohli who says the pacer’s confidence has now risen to a level where he believes that he can get any batsman out at any point of the game. The youngest in a lethal quartet also comprising Mohammed Shami, Jasprit Bumrah and Ishant Sharma, the 27-year-old Hyderabad pacer has taken 11 wickets in the first two Tests of the series against England. His impeccable line and length and control has troubled the home batsmen consistently. Eight of his 11 wickets came at the Lord’s Test that India won by 151 runs.

Kohli said the tour of Australia took his confidence to another level.

“I was not surprised at all (with his growth) because I have seen him from close quarters. He is a guy who has always had the skill. You need the confidence to back that skill, the Australia series provided him with that boost and confidence,” Kohli said at a virtual media interaction on the eve of the third Test.

“He is walking around knowing he can get anyone out at any stage and the belief in his game has been elevated to another level, hence you see results of what he is doing,” the skipper added.

“I am really happy to see him coming into his own, he is going to be this kind of bowler, who is in your face and who is looking to get guys out and who is not scared, he is not going to take a backward step.”

“The opening combination, when you are playing overseas, is one of the most important factors. So, the way KL Rahul and Rohit Sharma have played, has been outstanding and we hope that they continue in the same manner.

“To set out the right platform from where the team can build on and that is what they provided us in both the Tests so that is definitely a big boost for us,” a pleased captain said.

Kohli also said that he expected a different wicket at the Lord’s than what the team eventually encountered.

“We were quite surprised to see the pitch the way it was, honestly I did not expect it and I thought there would be more grass. Anything is possible, we name a 12 and on the day, we have a look at the pitch, accordingly, we will go in with the right combination.”

Asked if it seems that rival skipper Joe Root is under pressure considering the mistakes he made, especially when he could not get Indian tailenders, Shami and Bumrah out in the second innings, Kohli backed his counterpart.

“I don’t know what an individual mindset is? You can make mistakes and plan at any given stage of the match, it does not necessarily mean you are under pressure.

“You just take a decision, which in hindsight was not correct. As captain, you always try to make the right decision and I am sure he was trying to do the same…if it’s not right you take it on the chin and move ahead as he did,” he said.