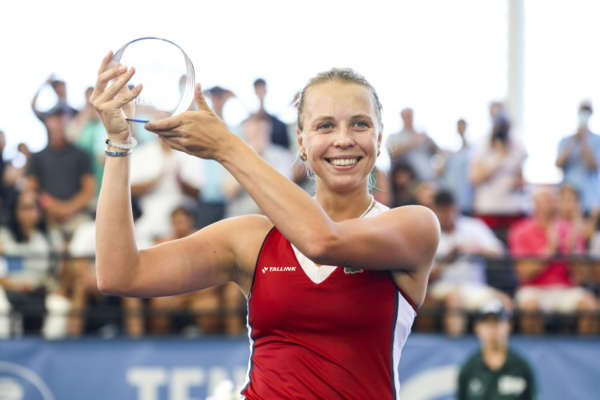 Elina Svitolina and Anett Kontaveit capped their US Open preparations with victories Saturday in tune-up tournaments laid on by the WTA in the US Midwest.

Ukraine’s Svitolina, the top seed in the hardcourt tournament in Chicago, held off France’s Alize Cornet 7-5, 6-4.

Estonia’s Kontaveit ended a run of five straight finals without a victory.

She capitalised on both of her break point chances, firing 25 winners with just 15 unforced errors.

It's @ElinaSvitolina's kind of town! 🎶

In Chicago, Svitolina captured the 16th WTA title of her career and her first since the claycourt tournament in Strasbourg almost a year ago.

In a match that saw 10 breaks of serve, Svitolina converted all six break chances she had, breaking Cornet one last time with a backhand winner to the baseline on championship point.

All four of Saturday’s finalists now head to New York for the US Open that starts on Monday.

Svitolina is seeded fifth in the final Grand Slam of the year and will open against Canadian qualifier Rebecca Marino.