‘Drawing a Test is an art’: Twitter lauds Kiwis for hard fought draw against India in Kanpur Test 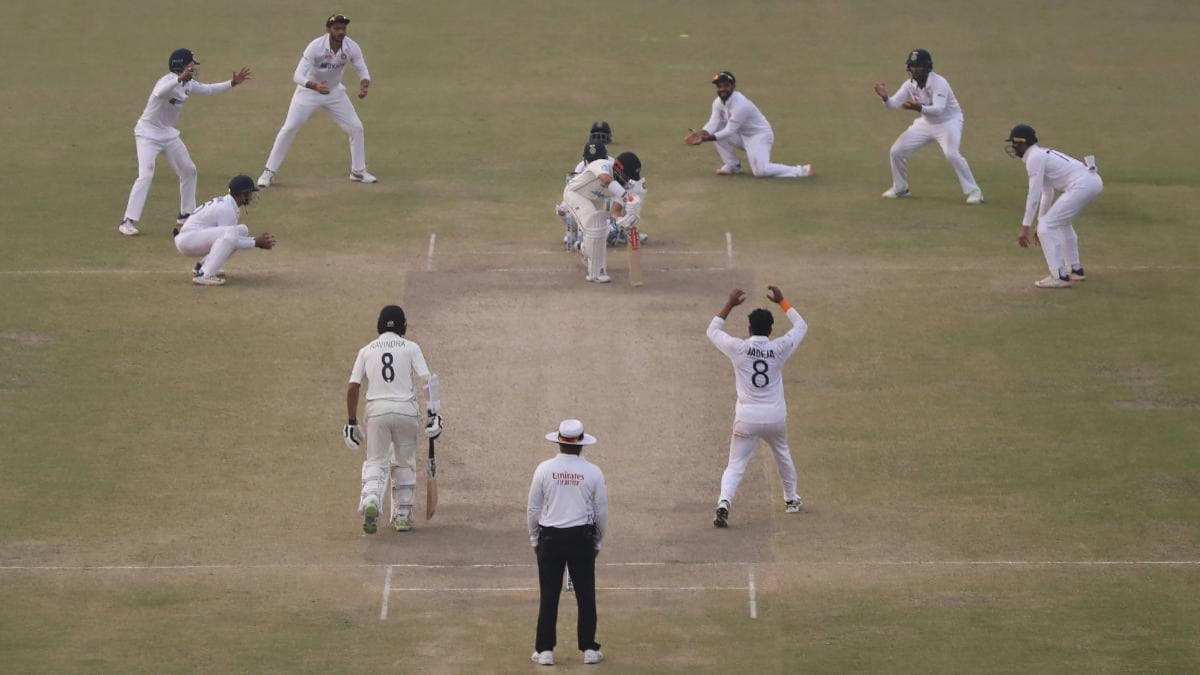 New Zealand survived a testing final session to earn a draw against India in the opening Test in Kanpur on Monday.

Set a target of 284, New Zealand were 165 for nine when the stumps were called after an engrossing fifth and final day at the Green Park.

New Zealand were 125 for four as they entered the third session of play.

The visitors, who resumed their second innings at their overnight score of 4 for one, lost four more wickets in the post-tea session. But the last pair of debutant Rachin Ravindra (18) and Ajaz Patel (2) held on for 52 deliveries to deny the hosts victory.

This was after the Indian spinners came to the party in the second and third sessions to put the hosts in a strong position.

It was a gripping Test match which went down to the wire. Against a quality Indian bowling attack, on a slow and low pitch, the Kiwis did well to earn a draw. And Twitterati was full of praise not just for Ravindra and Patel but for the entire team’s efforts on the final day in Kanpur.

Well done New Zealand. Not too many teams manage to hang on on a fifth day pitch in India. 52 balls blunted by the last wicket pair with the No.11 keeping the last over out.

By the slimmest of edges, by the odd millimetre here and there after five days of cricket. Survival such a great attribute. Have to love test cricket!

Only the third time India stranded one wicket away from a Test win:

India have been so imperious at home in Test cricket in the last 9 years that this hard-fought draw adds to the achievements of this New Zealand Test side.