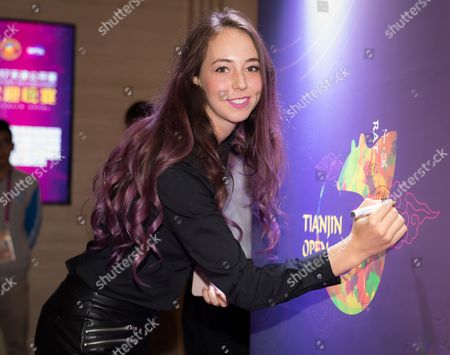 Nina Stojanovic has broken her silence after being denied the chance to win a bronze medal at the Olympics when Novak Djokovic withdrew.

Djokovic had just lost the bronze medal match in singles when he was scheduled to back up with Stojanovic in the mixed doubles.

But the men’s World No.1 effectively cost his partner the chance to win a medal when he withdrew 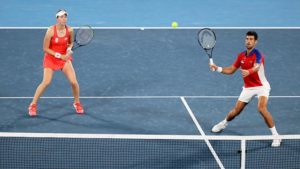 Djokovic copped widespread backlash on social media before the extent of his injury was revealed.

But Stojanovic has since revealed she holds no grudges against Djokovic and was grateful for the chance to represent her country.

“Then & now only I can know the feelings I dealt with once I had found out I will not have the chance to play the most important match of my career for the Olympic medal,” Stojanovic wrote on Instagram on Wednesday.

“I also recognise how much this particular event filled me with the deepest emotion possible and brought me lots of happiness as well.

“I want to say that I am grateful first of all for being there among all the best athletes in the world of sports.

“And it was an honour and privilege playing with the best in the history of our sport (Djokovic), for your own country.

“THANK YOU everyone for your messages of support and love you gave me through this period.”

“I am dealing with injuries. Not one, more than one,” he said in a post-match press conference.

“I hope that it won’t stop me from going to the US Open, which is my next big goal.

“I apologise to all the fans in Serbia who I have disappointed. I know everyone expected a medal, I did too. I feel bad for Nina because we did not fight for a medal in mixed, but my body said ’enough’.

“The consequences physically hopefully will not create a problem for me for the US Open, but that’s something that I’m not sure about right now.

“I have played under medications and abnormal pain and exhaustion.

“But again, my heart is in the right place, because I know that I gave my all. I love to play for my country. Unfortunately, I did not get the result I wanted, but that is sport, we move on.”

Djokovic had been eyeing two gold medals when he played the singles and mixed doubles semi-finals last Friday.

But less than 24 hours after his hopes for gold were ended he was forced to leave the Ariake Tennis Park without a medal of any colour.

He lost a gruelling match to Pablo Carreno Busta which lasted two hours and 47 minutes in suffocating heat, despite saving five match points.

The Serbian sporting icon’s best result at the Olympics remains his bronze medal in Beijing in 2008.