Dominic Thiem ‘fell into a hole’ but plans for Madrid. 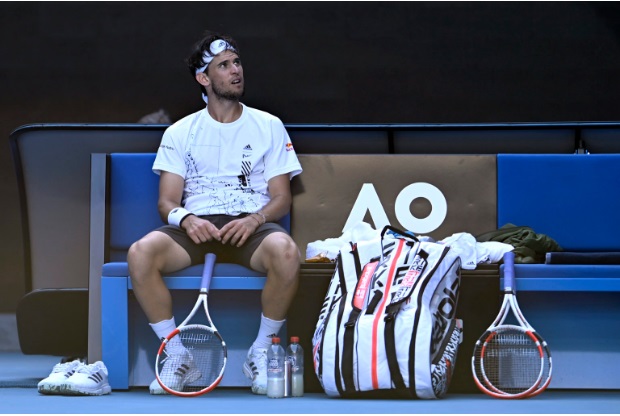 Dominic Thiem is struggling with pandemic-related “emptiness,” but plans to return to the clay court in Madrid in early May once a knee pain dissipates, he told an Austrian newspaper Monday.

After winning the US Open against Alexander Zverev in September, Thiem said he was full of “euphoria” but “in preparing for this season, I fell into a hole.”

“There is a certain emptiness, though it’s not dramatic. Last week, I didn’t even watch the football Champions League because it’s such a tragedy,” he said, adding that he “barely followed” the tennis tournament in Monte Carlo, which he had decided to sit out.

The world number four spoke of the mental strain of the pandemic in an interview with Austrian newspaper Der Standard published on Monday.

He said that while rivals such as Daniel Evans or Alexander Bublik may thrive without distractions, he suffers from the restrictions on movement during quarantines and the empty stadiums

“It was extreme in Dubai,” he said. “We were locked in, while outside life was normal. You were allowed to leave the hotel at 9 pm and enter an empty stadium. That’s not great,” Thiem said of his last match in March in Dubai, where he lost to Lloyd Harris.

The 27-year-old said that the primary reason he pulled out of the Miami Open, the Monte Carlo Masters, and a tournament in Belgrade was a “small

the issue with my left knee,” that would quickly heal.

“If you aren’t 100 percent fit, you’ve already lost,” he said, referring to his defeat in the last 16 of the Australian Open in February and early exits in both Doha and Dubai.

He said he decided that it would be “smarter to sit it out. You shall only come back when it makes sense.”

Thiem is a two-time runner-up at Roland Garros, the second major of the year which is due to begin May 24, and said that he dreams of winning a medal at the Olympic Games in Tokyo scheduled for this summer, “if they take place.”