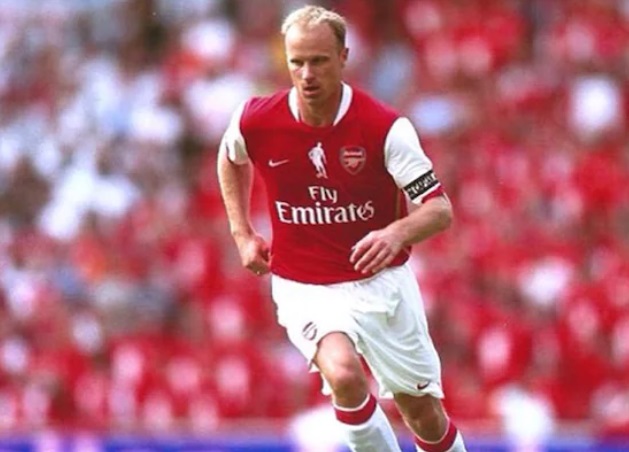 Legendary Arsenal forward Dennis Bergkamp and Chelsea’s all-time leading goalscorer Frank Lampard have been inducted into the Premier League Hall of Fame. The duo now join Theirry Henry, Alan Shearer, Eric Cantona and Roy Keane in receiving the competition’s highest individual honour. In an official release issued by the Premier League, Bergkamp said, “It feels special to be part of a small group of players who got the recognition of playing in the strongest league in the world. I am honoured”.

Bergkamp graced the Premier League in 1995, when Arsenal signed him from Inter Milan. The magical playmaker took England by storm with his excellent technical ability and is considered by many to be world football’s most underrated footballer.

He was also the first Dutchman to score a hat-trick in the Premier League, when he smashed three past Leicester City in August 1997. He is most famous for his goal against Newcastle United, where his elegant turn and finish in 2002 was voted by fans as the best goal in the Premier League’s first 25 years.

Lampard scored 177 goals in 609 Premier League appearances for West Ham, Chelsea and Manchester City. He scored 211 goals in all competitions for Chelsea.

Most recently, Lampard was also Chelsea’s manager but was sacked midway through the 2020-21 season due to poor displays. Thomas Tuchel was appointed as his replacement. Only four players have scored more Premier League goals than Lampard, who has also scored against 39 different opponents in the competition, more than any other player.

Juventus Beat Atalanta 2-1 To Win Italian Cup
U-17 Women’s World Cup to be held in India in October 2022: FIFA