Decision to cancel Pakistan tour was out of our hands, says New Zealand coach Gary Stead 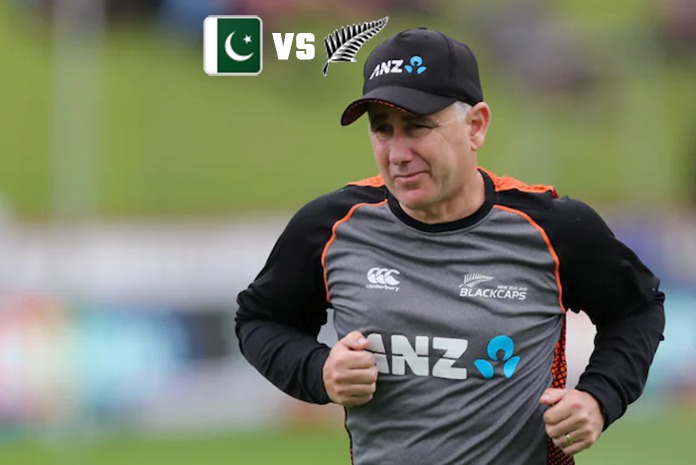 Wellington: New Zealand head coach Gary Stead on Sunday said the decision to cancel the tour of Pakistan was “out of our hands” and backed his players to treat their upcoming T20 World Cup opener against the Asian nation like any other match despite the angry remarks by PCB chief Ramiz Raja.

Recently, New Zealand Cricket (NZC) abandoned its men’s team’s tour of Pakistan just before the start of the first ODI citing a security threat, leaving the host nation disappointed as well as angry.

“That decision was out of our hands,” Stead was quoted as saying by stuff.co.nz.

The players are currently in Dubai, one of the venues for the upcoming World Cup, which will be hosed in the UAE and Oman.

“… Guys are now in Dubai and getting ready, and there’s the IPL that they can have a good look at, which in many ways is good preparation for them as well,” Stead added.

He said the five players who were meant to be playing in a five-match T20 series in Pakistan have begun training under batting coach Thilan Samaraweera in the UAE, where nine other squad members and travelling reserve Adam Milne are playing in the Indian Premier League. A police officer stands guard outside the Pindi Cricket Stadium in Rawalpindi, where the ODI series between Pakistan and New Zealand was to take place before the Black Caps pulled out citing security concerns. AP

“I think they’re okay. It was obviously unsettling and disappointing what happened in Pakistan and we certainly feel for the Pakistan cricket fraternity and fans,” Stead said.

In the run-up to the World Cup, New Zealand have warm-up matches lined up against Australia on 18 October, and England two days later, before their opener against Pakistan in Sharjah on 27 October.

Pakistan Cricket Board (PCB) chairman Ramiz Raja said the only way to overcome this disappointment is to become the world’s best by beating the other nations, including New Zealand in the T20 World Cup, two days after their opener against arch-rival India. Raja had warned that the Black Caps will “hear from us” in the ICC.

“We had one team in our target, our neighbours (India), now add two more teams, New Zealand and England,” Raja had said, referring to England’s withdrawal from a tour next month soon after New Zealand’s departure.

Stead, however, backed his team to shut out the hype and noise around the recent pullout when it plays Pakistan in the mega-event.

“Certainly, being that it’s Pakistan, people will hype that up, but for us, it’s no different to any other match we play against them,” Stead said.

At the last T20 World Cup in India in 2016, Kane Williamson’s side lost to England in the semi-finals and this time have a tough group including Pakistan, India, Afghanistan and two other qualifiers.