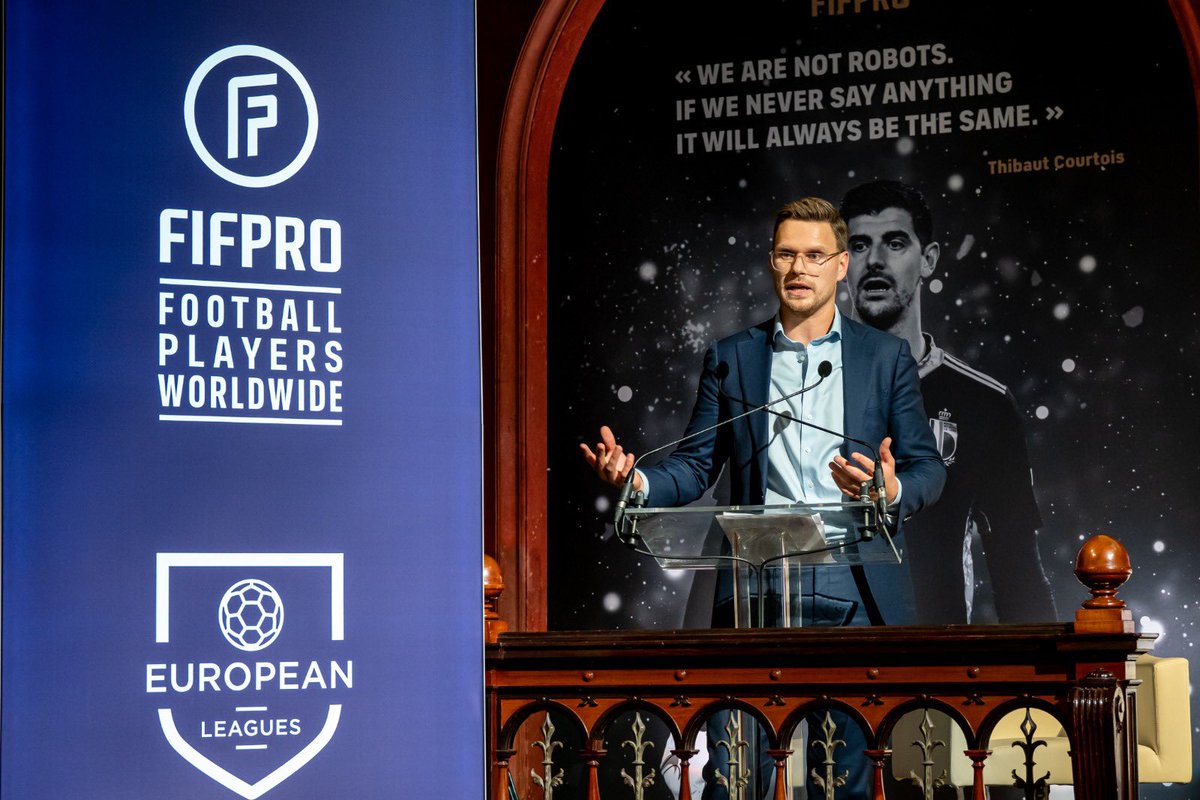 Brussels: The head of global footballers’ union FIFPro is confident a plan to hold the men’s World Cup every two years is “dead in its tracks” and insists FIFA should do more to promote the women’s version instead.

FIFA will hold a summit in December with president Gianni Infantino still hoping to find consensus on plans to stage the men’s tournament more often than the current four-year cycle.

However, opposition has been so widespread from leagues, players and supporters groups that the chances of a biennial World Cup actually happening appear remote.

“There has been a lot of pushback. They have realised that,” FIFPro’s general secretary Jonas Baer-Hoffmann told AFP about FIFA’s proposals.

“It is quite clear that if you try to push this through against the interests of all these other stakeholders, and without their agreement, it is probably dead in its tracks.”

FIFPro, comprised of national member associations from 64 countries, is one of several organisations within football that has expressed unhappiness at a lack of consultation on the issue.

The proposals were put forward by Arsene Wenger, FIFA’s head of global development.

Baer-Hoffmann questioned whether holding more frequent World Cups would be sustainable economically, but said there is already a solution in place.

“When we met with FIFA for the first time, we asked them for the economic analysis, we haven’t seen that yet. I don’t think a second World Cup would just mean the current revenue times two. It’s not like you just double the value in sponsorship etcetera.

“The truth is also that there are two World Cups in every four-year cycle already. We should make the women’s one more of a priority. That is your second World Cup.”

Super League threat ‘will come back’

Other competitions like the UEFA Champions League are also expanding to feature more games, but FIFPro is concerned that footballers beyond the men’s elite do not play enough.

“If you are playing in a market that doesn’t have the economic means like the big European markets then of course you are looking at innovation in competitions, club or country, that puts more meaningful and economically viable games in your schedule,” said Baer-Hoffmann.

“We do need reforms, no question. If we just carry on like this football in many parts of the world will not evolve.”

In Brussels FIFPro announced a joint manifesto with the European Leagues organisation, which represents over one thousand clubs from 30 countries.

It called for greater influence over decisions affecting the future of the sport, especially important in the wake of the failed breakaway Super League project.

That project may only be lying dormant. Three of the 12 rebel clubs— Real Madrid, Barcelona and Juventus—  remain attached to it.

UEFA opened disciplinary proceedings against the remaining clubs but backed down after a commercial court in Madrid ruled any punishment would represent an infringement of European free trade laws.

The ruling was referred to the European Court of Justice.

“The factors that motivated this attempt to break away have not actually drastically changed,” Baer-Hoffmann said.

The plan was torpedoed in April following widespread opposition.

“But I think we have to be realistic. This is not dead, and I think this will come back, and football had better get ready to confront it again.”

Australian footballer Josh Cavallo ‘overwhelmed’ by support after coming out as gay
Neymar In Decline? Brazilian’s Form A Concern For Paris Saint-Germain