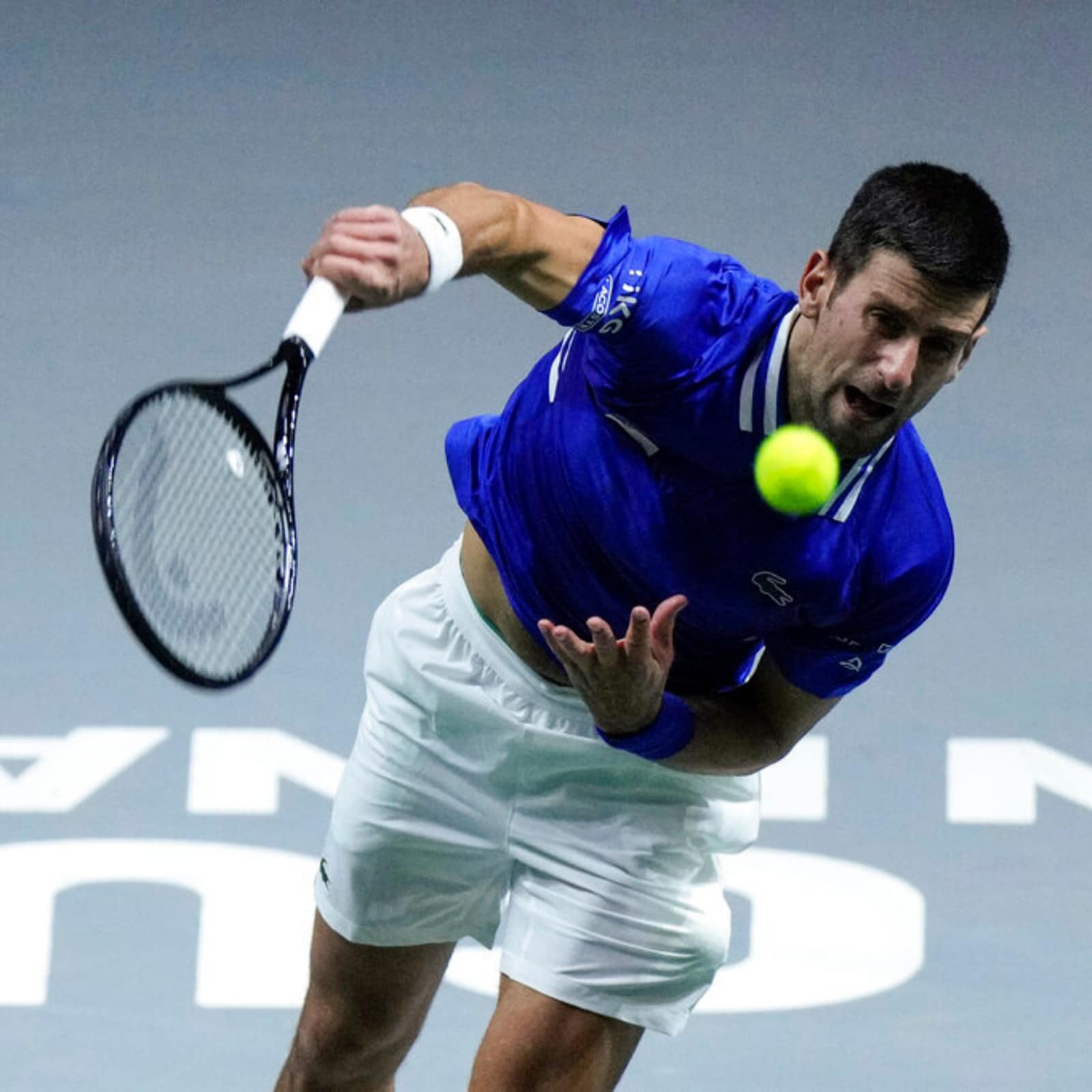 Madrid: Novak Djokovic’s dream of adding a second Davis Cup to his 20 Grand Slam titles was shattered on Friday when Serbia were defeated by Croatia in the semi-finals.

Djokovic and partner Filip Krajinovic lost 7-5, 6-1 to top-ranked Mate Pavic and Nikola Mektic, the Olympic and Wimbledon champions, in the decisive doubles rubber.

Croatia, the 2005 and 2018 Davis Cup winners, will face either Russia or Germany in Sunday’s final.

It was his 19th successive Davis Cup singles win.

Cilic, a former world number three now down at 30, carved out eight break points on the Djokovic serve but was unable to convert a single one.

Defeat for Serbia meant Djokovic closed his 2021 season having agonisingly missed out on the first calendar Grand Slam by a male player in more than half a century when he lost the final of the US Open.

His hopes of a first Olympic singles gold medal were also dashed in Tokyo.

However, he still ended the year tied with Roger Federer and Rafael Nadal on 20 Slams, claimed the year-ending world number one ranking for the seventh time and will on Monday mark a total of 350 weeks in the top ranking.

Djokovic has also extended his record Masters collection to 37 titles.

Gojo has played well above his world ranking in the tournament so far and showed real mettle against Lajovic to come back from a set down, especially after letting slip a 4-2 and 40-0 lead in the first set, losing 17 of the next 18 points.

He also saw off Italy’s Lorenzo Sonego (ranked 27) in the quarter-final and Australia’s Alexei Popyrin (67) in the group stages.

“In the first set I was up 4-2 40-0, I was in control, I slipped in that game there. I got down on myself a little bit, but then the captain and the teams and the fans picked me back up,” said Gojo.

“Obviously Davis Cup is a special competition where the pressure is bigger on everyone and I managed to play some of my best tennis here at this tournament.

Croatia had lost both their previous meetings with their Balkan neighbours.

The first came in Split in 2010 when Serbia won 4-1 in the quarter-finals en route to winning the competition.