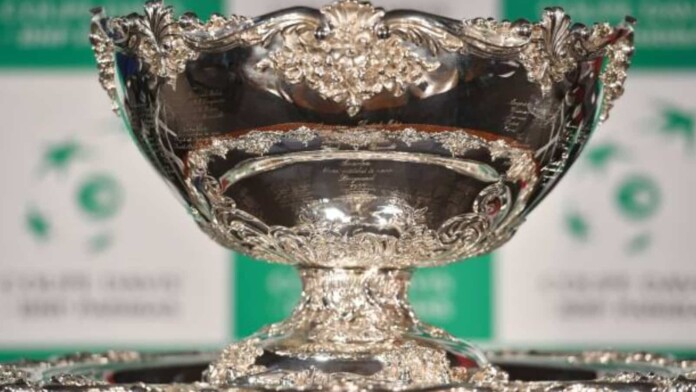 Madrid: There will be more host cities and fewer nations playing in the Davis Cup Finals next season in an attempt to increase fan engagement and keep the revamped team event sustainable, organisers said Sunday.

The International Tennis Federation and the Kosmos Tennis group that is behind the competition said four cities will host the group stages beginning in 2022, with another venue — likely Abu Dhabi — hosting the knockout rounds.

Madrid was the sole host of the competition over a seven-day period in 2019. This year, Innsbruck in Austria and Turin in Italy were added as hosts over an 11-day period that culminated with Russia winning the title in a final against Croatia in Madrid.

The event was not played in 2020 because of the coronavirus pandemic.

Each city will host matches from one of the four-team groups, with the top two teams advancing to the knockout stage. This year, the group winners in the six groups, plus the top two second-place finishers, advanced.

The changes are being made as organisers continue to address the scheduling challenges that marred the first edition two years ago.

“We are constantly thinking of how to improve, adjust for the future and looking to the edition of 2022,” Kosmos CEO Enric Rojas said. “We are going to try again to do another adjustment, a bit of an evolution, for having four different cities hosting the group stage, and then going to a neutral city for playing the final part of the competition.

“We think that with that small adjustment and evolution we are going to have even more fan engagement and more people in the arenas because of having four cities with extra home interest,” he said. “It’s going to give us, in our view, the final piece of becoming a real successful event and the real World Cup of Tennis.”

Organisers fell short of confirming a deal with Abu Dhabi to become the neutral host city next year.

ITF president David Haggerty said “we have a preferred city that has a vision that we have, that we share together, for Davis Cup, continuing to build on that competition.”

“That’s one of the main ingredients,” he said. “We’ll be leaving behind a legacy in all four cities that have the group stage as well as the preferred city that will have the Finals. There are many outstanding reasons that we believe this preferred host is where we will go. In due course, we’ll make an announcement.”

A bidding process will begin in January for all cities interested in becoming hosts. The cities will have six weeks to present their proposals, and a final decision is expected to be made by mid-March. There will be backup host cities in case the home countries don’t qualify for the tournament.

Some players and team captains had expressed concerns with having to travel to Abu Dhabi late in the season.

“I have the feeling after speaking to many players and captains and federations that the noise that we are hearing is because of Abu Dhabi or because other things, that that noise will happen always irrespective of whatever you do,” Rojas said.

Haggerty said he was happy with the feedback from players for the new format this season.

“The players we have spoken to enjoyed the experience of the new Finals and have said they look forward to future editions,” he said. “As you have heard recent comments from Novak Djokovic, Rafa Nadal, Marin Cilic and Daniil Medvedev have shown that our vision for the competition is shared by the leading players.”

No 2 Daniil Medvedev, who won all his five singles matches for Russia, said he felt the values of the team event remained in place.

“It’s still Davis Cup,” he said. “We still see Novak playing. Rafa won it last time. No matter the format, the best players in the world (are) happy to represent their country.”

Haggerty said lessons from 2019 “have been addressed” and the format for next year “will provide the flexibility of schedules that are needed. It will reach more fans and secure the economic sustainability of the competition.”

Organisers said Great Britain and Serbia have been awarded the two wild-card spots for next year.