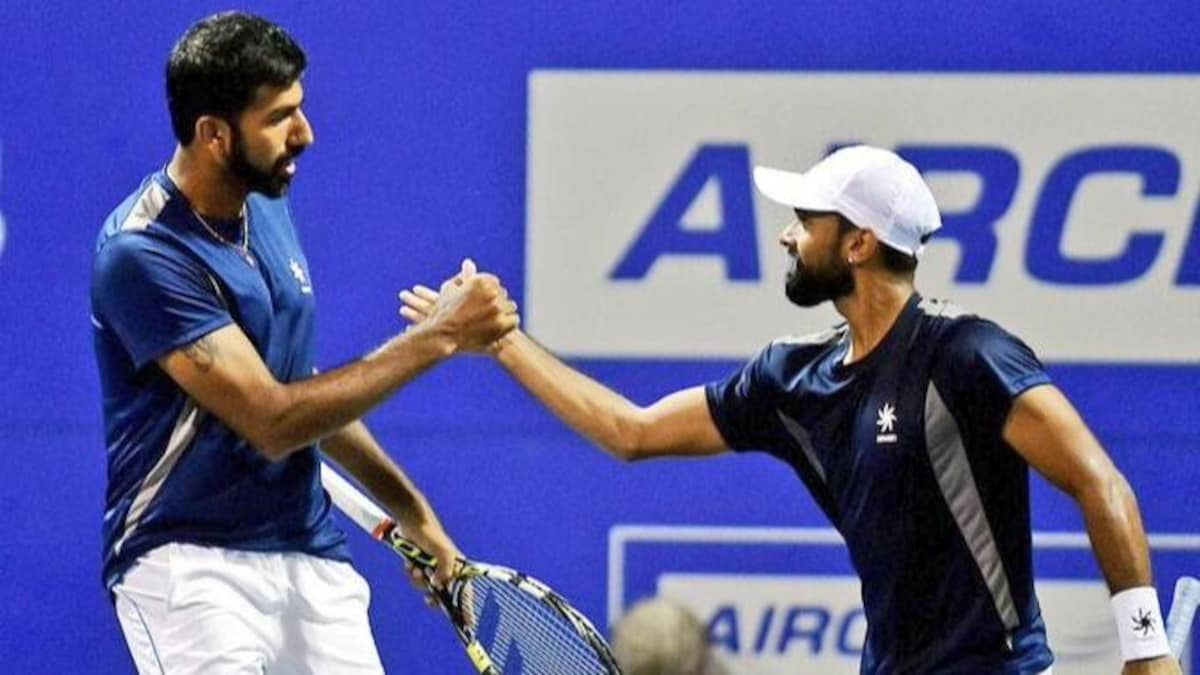 After straightforward singles rubbers gave India a 2-0 lead, the doubles clinched the Davis Cup tie against Denmark at the Delhi Gymkhana Club on Saturday. Rohan Bopanna and Divij Sharan saved three match points in a closely-contested match to beat Frederik Nielsen and Mikael Torpegaard 6-7, 6-4, 7-6 in just under two hours.

The win ensures India remain in the World Group 1.

The close nature of the contest can be ascertained by the fact that there was a single break of serve in the entire match. And ironically it was the 2012 Wimbledon doubles winner Nielsen who was broken in the very first game of the second set — just after not dropping a point on his serve in the first set.

All four players were convincing with their serves — Bopanna, Torpegaard and Nielsen were buoyed by their big serves and Sharan with the consistency on first serves. In all, 13 serves were held at love through the course of the match.

With such thin margins, a single break helped India bag the second set. In an erratic game, Nielsen struggled, the pairing erred and a double fault handed India the break. The Bopanna-Sharan combination rode into that advantage to seal the second set soon after.

With pressure on them, Denmark changed their team combination for the doubles. Torpegaard, who pushed Yuki Bhambri a day prior, came in for Johannes Ingildsen. His big serve and experience of playing on this court on Friday made a difference.

Torpegaard, who considers grass to be his favourite surface, played a neat match from the back and was aggressive in his shot-making. On the other hand, the now-retired Nielsen was the solid head in the combination with a calm, collected serve and well-crafted net game.

But it was Bopanna’s big serve and thumping net play that got India out of the logjam on multiple instances. He set the tone in the very first game of the match with three aces and an unreturned serve.

With no separating the two teams, the first set headed to a tiebreak. There, the Indian pairing were quickly swept aside with the Danes cruising to a 6-1 lead. Torpegaard’s body serve into Bopanna went unreturned as Denmark won their first set of the tie.

In the tenth game of the second set, Sharan stepped up to try and close it out. Denmark got the luck of the tape on the first point but Sharan served out brilliantly to bring the match to an even footing.

The third set remained straightforward until the fifth game. Consecutive volley winners from the Bopanna and Sharan took the game to 0-30 and gave India a look in. The pressure started to tell as Torpegaard missed a high volley to bring up three break points for India.

Torpegaard, who idolised Ivo Karlovic as a child, drew inspiration from the big-serving Croatian with some massive serves. Boosted by big, deep serves, Denmark saved three break points to keep the decider on serve.

In the 12th game, it was Sharan’s serve that came under pressure. As the leftie missed a volley, it presented Denmark with two match points. Torpegaard missed a return and on the second chance, Nielsen mishit a forehand that went long. Moments later, another chance came Denmark’s way and Nielsen missed on a second serve. Soon enough, Sharan held to force a tiebreak.

In the pivotal tiebreak that started with Bopanna on the ground and Sharan playing two outstretched volleys, India took a 5-1 lead.

Torpegaard’s big serve earned three straight points but that was as far as Denmark got. A missed forehand from Torpegaard sealed the rubber and the tie for India.

World No. 1 Barty withdraws from Indian Wells and Miami Open
Davis Cup 2022: Heavyweights Australia, Spain, France and US into finals