Davis Cup 2022: Heavyweights Australia, Spain, France and US into finals 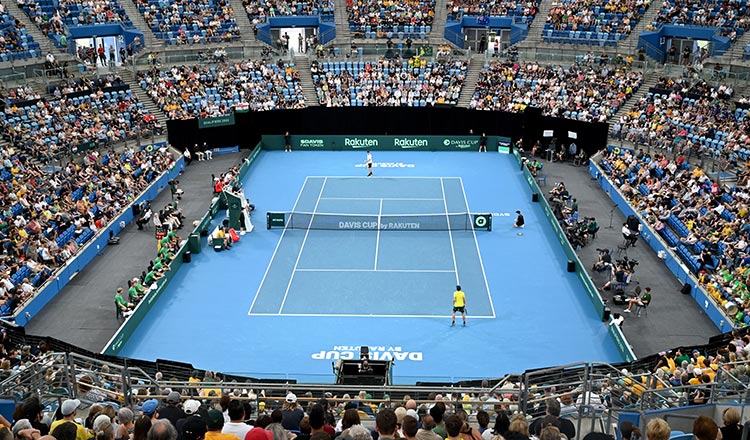 Australian Open doubles champion Thanasi Kokkinakis won a decisive singles rubber to power 28-time winners Australia through to the next stage of the Davis Cup Saturday where they were joined by fellow multiple champions Spain, France and the United States.

Lleyton Hewitt’s Australians went into day two tied 1-1 with Hungary and were fighting an uphill battle after Fabian Marozsan and Mate Valkusz upset John Peers and Luke Saville to clinch the doubles 6-4, 6-4.

That left world number 30 Alex de Minaur needing to win against 35th-ranked Marton Fucsovics to keep the clash alive — and backed by a rowdy crowd at Sydney’s Ken Rosewall Arena he battled through 7-6 (7/4), 6-4.

Kokkinakis last played in the Davis Cup seven years ago, but was recalled after claiming a first ATP singles title in Adelaide this year, then winning the Australian Open doubles crown with Nick Kyrgios.

With the tie on the line, he repaid skipper Hewitt’s faith with a gutsy 6-4, 6-4 win over young Hungarian number two Zsombor Piros.

“Thank you Lleyton for trusting me, it’s been a long time since I played and to play a fifth rubber at home has been incredible,” he said.

But world number 261 Copil was unable to overcome the impressive Bautista Agut, who faced only two break points in the match.

The Netherlands exploited the weaknesses of a Canada side missing top-15 stars Felix Auger-Aliassime and Denis Shapovalov to coast to victory, secured by Robin Haase who racked up the 32nd Davis Cup singles win of his career courtesy of a 6-1, 6-2 victory against Steven Diez.

Defending champions Russia may have been banned but there will be Russian players in the next stage after Kazakhstan defeated Norway 3-1 in Oslo.

Zverev saw off Thiago Monteiro 6-1, 7-5 for the winning point.

The 12 winners all progress to the finals, the first stage of which will be played in September with 16 teams involved.

Croatia, Great Britain and Serbia are already through, with Davis Cup chiefs to decide next week who will replace Russia after they were axed over the invasion of Ukraine.

Those 16 will be whittled down to eight for the quarter-finals in November.