Who is the first wicketkeeper to take 100 catches in the IPL? 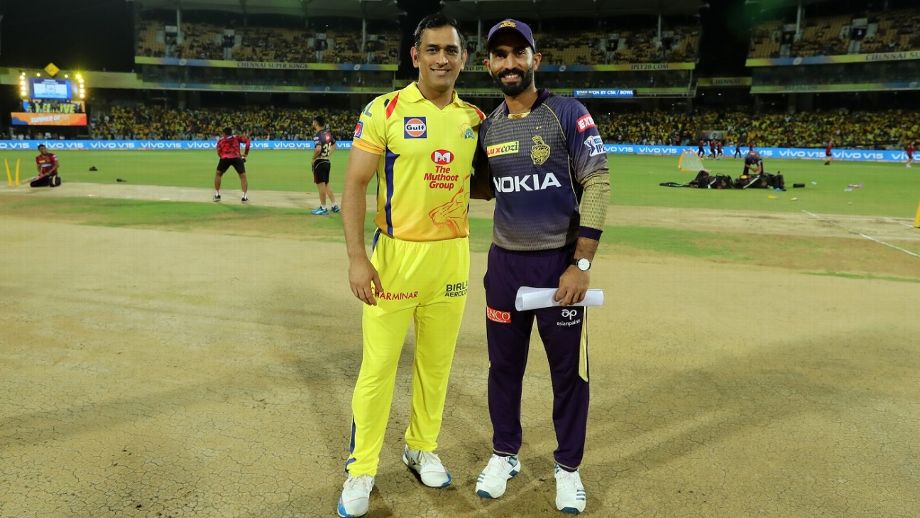 MS Dhoni took his 100th catch in the IPL the other day. Is he the first to reach this milestone? asked Chris Bloore from Ireland
MS Dhoni’s 100th wicketkeeping catch in the IPL came against the Rajasthan Royals in Sharjah recently. He’s actually the second wicketkeeper to get there, as Dinesh Karthik reached 100 catches as a keeper (to go with ten in the outfield) in April 2019.

More surprisingly perhaps, Dhoni was beaten to the mark by an outfielder: his long-time team-mate Suresh Raina took his 100th IPL catch in May last year. For the list of most IPL dismissals by wicketkeepers, click here.

Was the partnership of 359 between Shakib Al Hasan and Mushfiqur Rahim the highest in a losing cause in a Test match? asked Peter Bradford from Australia
That stand between Shakib and Rahim came against New Zealand in Wellington in 2016-17, in the match mentioned in last week’s column: Bangladesh’s 595 for 8 was the highest total in a Test by a side that went on to lose the match.

But Shakib and Rahim only take second place on this particular list. Younis Khan and Mohammad Yousuf are in first place. They put on 363 for Pakistan’s third wicket at Headingley in 2006, which was not enough to prevent England winning by 167 runs.

There is only one other instance of a triple-century partnership not being enough to ensure against defeat: in Adelaide in 2006-07, Kevin Pietersen and Paul Collingwood put on 310 for England’s fourth wicket, but Australia ran out winners in the end by six wickets.

I spotted that Australia scored 172 without loss to win the 1930-31 Adelaide Test. Is this the highest score to win a Test by ten wickets? asked Brian McDonald from England
That win by Australia over West Indies in Adelaide in 1930-31 was a record at the time – Don Bradman kept his feet up as Bill Ponsford made 92 and Archie Jackson 70 in an unbeaten stand of 172 – but it was surpassed in the first Ashes Test in Brisbane in 2017-18, when Cameron Bancroft (82) and David Warner (87) put on 173 without being parted to beat England. On both these occasions the actual target required was 170.

Here’s the list of highest fourth-innings totals to win a Test by ten wickets . Australia occupy the top four places.

Is Tim Paine the only player to captain Australia in a Test match without ever scoring a hundred? asked Steve Hardcastle from Australia
Australia’s 46th Test captain Tim Paine still does not have a century to his name, after 35 matches: his highest score remains 92, against India in Mohali in 2010-11. His highest as captain is 79, against New Zealand in Melbourne in December 2019. It’s hard to hold this against him, though, as his main job is to keep wicket.

One of Paine’s predecessors as wicketkeeper-captain, Jack Blackham, played 35 Tests without ever reaching three figures, while Barry Jarman played 19, with a highest score of 78. Australia’s first Test captain, Dave Gregory, had a highest of just 43, and of Australia’s other Test captains, two other early leaders – Hugh Massie and the Golden Age spinner Hugh Trumble – and the 1950s pair of Ian Craig (highest score 53) and Ian Johnson (highest of 77 in 45 Tests, 17 as captain) never reached three figures either.

Paine has now captained Australia in 19 Tests: the only two men to have led them in more without scoring a century when captain are Joe Darling (who led in 21 Tests) and Richie Benaud (28) – but both of them had scored Test hundreds before taking charge.

Which team once lost a county match after scoring 562 for 3 in their first innings? asked Nigel Hooper from England
The team that lost from this seemingly impregnable position was Glamorgan, in a top-of-the-table clash against Middlesex in Cardiff in July 1993. Glamorgan declared at 562 for 3 after an unbroken partnership of 425 between Adrian Dale, who made 214 not out, and 41-year-old Viv Richards, whose 224 not out was his 114th and last first-class century. But Middlesex replied with 584 – John Emburey made 123 after going in as a nightwatchman, and Mike Gatting added 173 – and when Glamorgan went in again on the final day, they were skittled for 109 by Phil Tufnell, who took 8 for 29 in 23 overs. Middlesex knocked off the 88 runs they needed with about an hour to spare, as “Glamorgan’s spinners failed to exploit the wearing pitch which had caused such panic within their own ranks”, according to Wisden.

But even that is not the highest Championship total that ended in defeat: at Chelmsford in September 2004, Essex rattled up 642 against Glamorgan – and lost by six wickets. And at Southgate in June 2005, Glamorgan amassed 584 for 3 declared against Middlesex – and also lost by six wickets.