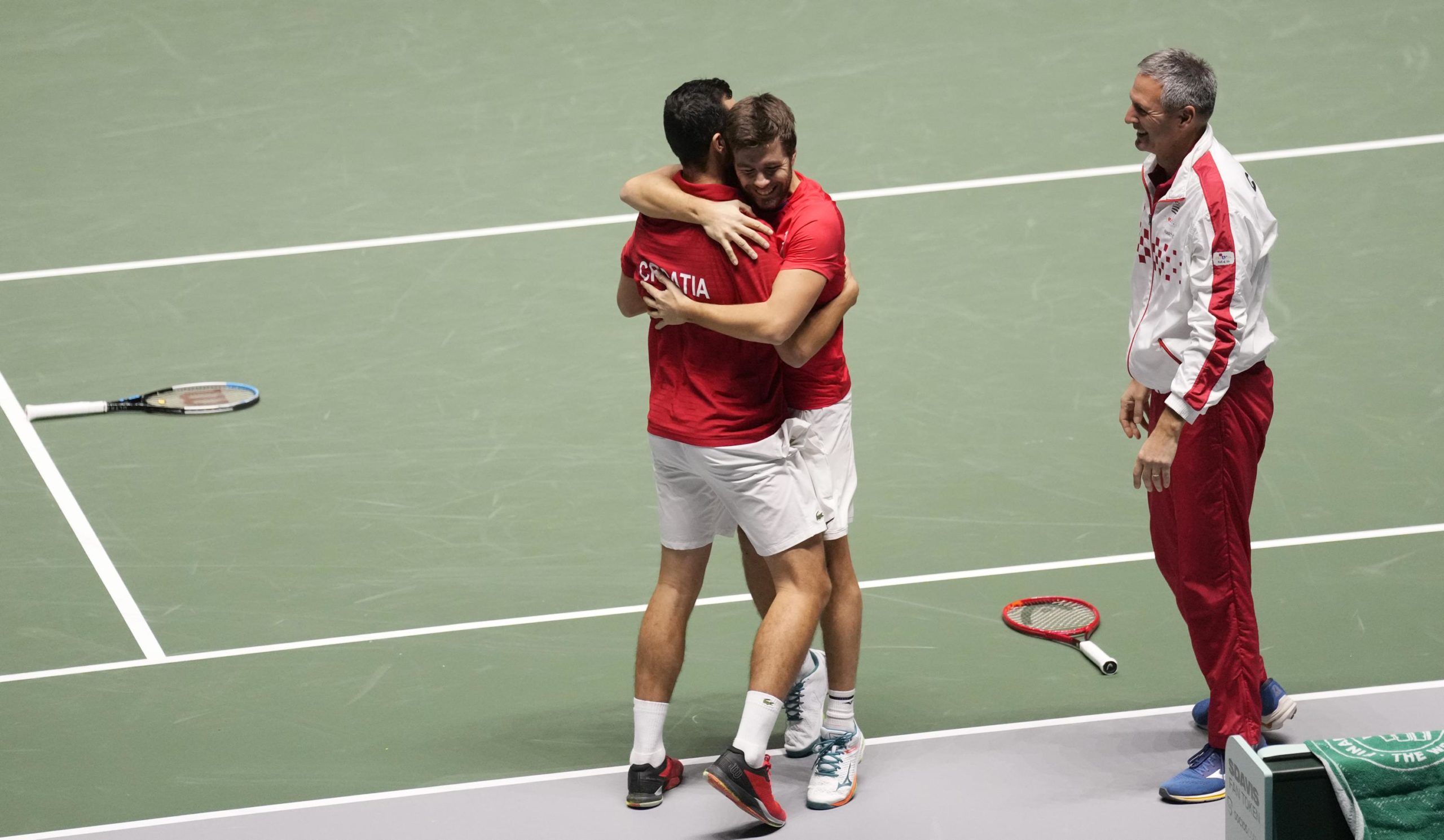 Croatia became the first team to reach the Davis Cup semifinals after seeing off Italy 2-1 on Monday.

With the singles squared, the top-ranked doubles team of Mate Pavic and Nikola Mektic had no trouble seeing off Fabio Fognini and Jannik Sinner 6-3, 6-4 in the decider.

Sinner replaced Simone Bolelli after winning his singles, which took nearly three hours. But he and Fognini couldn’t get a breakpoint against Pavic and Mektic, winners of Wimbledon and the Olympics this year.

Croatia, a two-time champion, awaits Serbia or Kazakhstan. Their quarterfinal is on Wednesday in Madrid.

US eliminated from Davis Cup Finals after loss to Colombia

Ramkumar Ramanathan: ‘I thank Chandra sir for guiding me’

Gojo, who is 252 places below the 27th-ranked Sonego, turned around a 4-1 deficit in the opening set to force the tiebreak. Sonego rallied in the second set but continued to make errors in the third, including wasting three break points in the seventh game.

“I knew third set it was either one’s game — one set, anything can happen,” Gojo said. “It was a really tough game at 4-2, and I managed to hold. So, yeah, I’m really happy.”

Sinner evened the score when he beat former U.S. Open champion Marin Čilić 3-6, 7-6 (4), 6-3. Ranked No. 10 in the world, he rode passionate home support in Turin, even encouraging the fans several times to cheer even louder.

“It’s an amazing feeling of course, I don’t have the voice anymore,” Sinner said with a laugh.

The other quarterfinals this week are Britain vs. Germany on Tuesday in Innsbruck and the Russian team vs. Sweden on Thursday in Madrid.