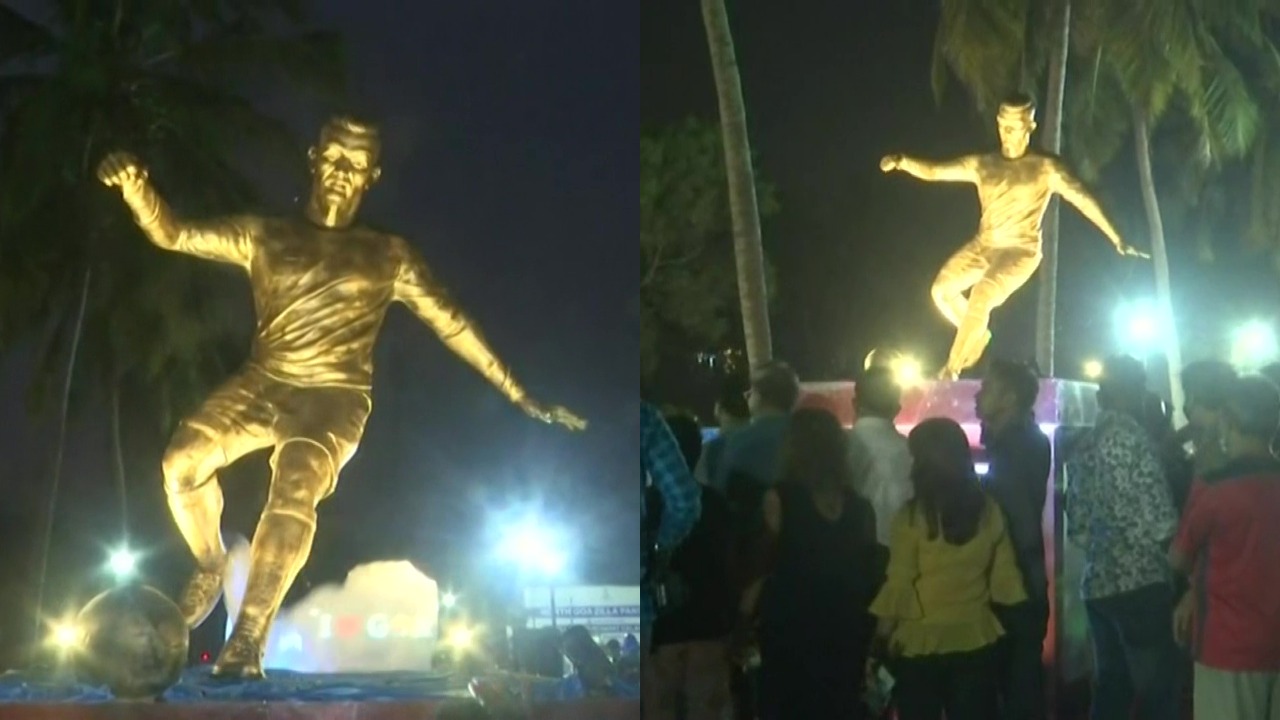 Portuguese football legend Cristiano Ronaldo’s statue has been installed in Panaji, Goa to inspire the youth and take football to next level in the state and country. The statue weighs around 410 kgs and the aim of installing it is to motivate the younger generation towards sports and following their dreams. “This is for the first time that the statue of Cristiano Ronaldo has come up in India. This is nothing but to inspire our youth. If you want to take football to another level then this is what young boys and girls will look forward to, taking selfies and looking at the statue and getting inspired to play. The government, municipality, and the panchayat’s job is to provide good infrastructure, good football grounds, good futsal grounds. We need a good infrastructure for our boys and girls to go there and play,” Goa minister Michael Lobo told ANI.

“Statue is just to inspire. We want good infrastructure from the government. We need coaches who can train our boys and girls. Government should appoint former players as coaches who played for Goa and made India proud. In this way only, we can move ahead in the field of sports. Being such a big country, we are far behind many countries in the terms of football,” he added.

The minister further said that there are certain people who are opposing the installation of the statue and they are the ones who don’t want to see the country going ahead in sports.

“There are some people who have opposed the installation of the statue and I think they are the staunch football haters. They don’t consider football as a religion. Football is a game where everyone is equal, irrespective of caste, colour, religion, etc. Still, these people are opposing it with black flags. I can’t say anything about them and just want to bow down to them,” said the minister.

The statue cost around 12 lakhs and it was being since last three years but got delayed to the COVID-19 pandemic.