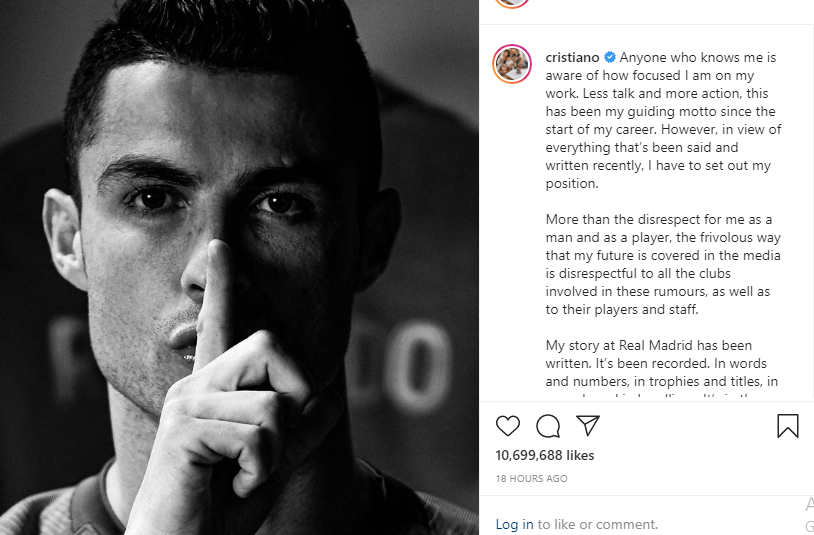 Cristiano Ronaldo on Tuesday blasted reports that he was trying for a return to Real Madrid, hours after coach Carlo Ancelotti also said he was not going to take the Juventus forward back to Spain. In an Instagram post, Ronaldo said that his “story at Real Madrid has been written”, although he did not explicitly say that he was not looking for a way out of Juve. He said that such talk was “disrespectful” to both him and “to all the clubs involved in these rumours, as well as to their players and staff”.”There have been frequent news and stories associating me with a number of clubs in many different Leagues, with nobody ever being concerned about trying to find out the actual truth,” Ronaldo added. 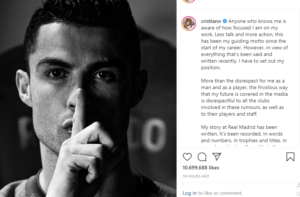 “I’m breaking my silence now to say that I can’t allow people to keep playing around with my name. I remain focused on my career and in my work, committed and prepared for all the challenges that I have to face.”

Ronaldo has been the subject of a series of rumours about his future this summer. On Tuesday Italian daily Corriere dello Sport said that his agent Jorge Mendes had offered the 36-year-old to Manchester City.

Other outlets said that Paris Saint-Germain were interested but stepped back once they pulled off the signing of the close season, bringing free agent Lionel Messi to the French capital.

Earlier on Tuesday, Ancelotti said that Real Madrid were not interested in the return of the man who fired the club to four Champions League triumphs.

“Cristiano is a Real Madrid legend and he has all my love and respect. I have never considered signing him. We look forward,” Ancelotti said on Twitter.

Since moving to Juve in 2018, Ronaldo has won two Serie A titles and one Italian Cup, but has not brought the European glory the Italian club craves.