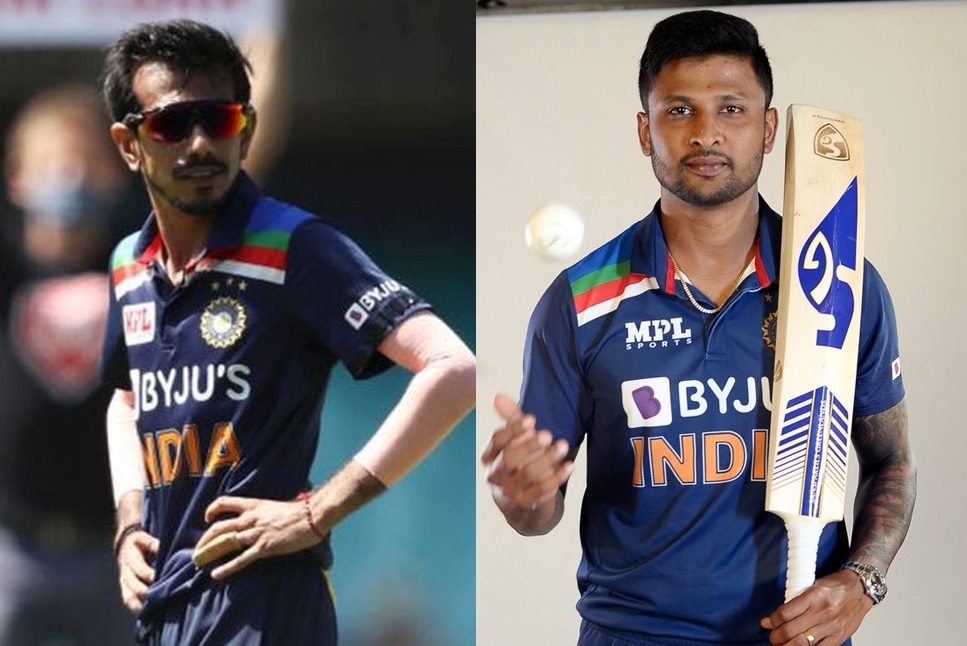 Indian cricketers Yuzvendra Chahal, Krishnappa Gowtham have tested positive for COVID-19 in Sri Lanka, sources told NDTV. The duo were with the Indian team for the white-ball series against hosts Sri Lanka, but didn’t play the second and third T20I after coming in contact with Krunal Pandya, whose positive test result forced the second T20I to be postponed by a day. Chahal and Gowtham were already in isolation after Krunal tested positive and now the trio will stay back in Sri Lanka even as the rest of the Indian team returns home today.

The second and third T20I, the last two matches of India’s tour of Sri Lanka, took place on consecutive days (July 28, 29) but with numerous members of the Indian squad in isolation. India lost both games and the series 1-2.

As eight players were in isolation, the visitors were forced to hand T20I caps to five players in the last two games of the three-match series.

Ruturaj Gaikwad, Devdutt Padikkal, Chetan Sakariya and Nitish Rana made their T20I debuts in the second T20I while Sandeep Warrier played his international match after Navdeep Saini injured his shoulderin the penultimate over of the Sri Lankan innings in the second T20I.

The Board of Control for Cricket in India (BCCI) took to Twitter on Thursday to reveal that Saini will undergo scans to assess the damage on his left shoulder.