Cricket in a pandemic: England show the way, others struggle 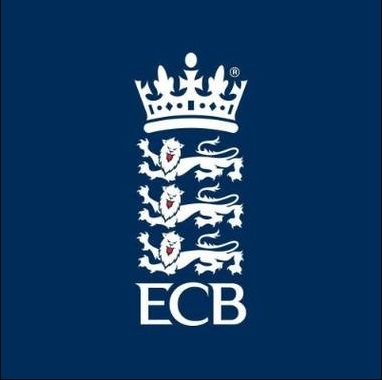 The second season of cricket in the times of Covid-19 is upon us. Like last year, the action will again begin in England.

Since the outbreak of the Covid-19 pandemic last year, England has hosted West Indies, Pakistan, Ireland and Australia behind closed doors. This summer, they will host New Zealand, the World Test Championship (WTC) final in Southampton, Sri Lanka, Pakistan and India, all with limited spectators.

The New Zealand series—not part of the Future Tour Programme of the International Cricket Council (ICC)—was originally floated as a filler if the WTC final was cancelled, but the England board went ahead with it anyway. Add to these the women’s internationals, County cricket and The Hundred—ECB’s ambitious eight-team men’s and women’s 100-ball tournament starting on July 21—and England has its hands full.

Asian cricket nations though haven’t inspired much confidence. Sri Lanka and Bangladesh have had many tours cancelled. The Bangladesh Premier League had to be postponed. Pakistan hosted South Africa for Tests but the virus breached the Pakistan Super League bio-bubble in Karachi, forcing organisers to postpone the rest of the tournament to June.

India is worse off, grappling to find a window to host the rest of this IPL season in the UAE amid reports the T20 World Cup too could be shifted there. “It’s going to be very difficult in my view to play that tournament in India,” former Australia batsman and Chennai Super Kings batting coach Mike Hussey told Fox Cricket last week. “They’ll have to look at some pretty big contingency plans, perhaps looking at the UAE or somewhere like that that could host the World T20. I think there will be a lot of cricket boards around the world that’d be pretty nervous about going back to India for a cricket tournament.”

On the bilateral front, India hosted England for a full tour this year but may not find a window for a scheduled home series against South Africa in October if IPL needs to be completed. BCCI has had a mixed experience in organising cricket. It completed the 2019-20 Ranji Trophy season when the pandemic took roots, and the last edition was cancelled. As the situation eased a bit, it staged the Vijay Hazare 50-over and Syed Mushtaq Ali T20 events, in bio-bubbles created across a few venues, between January and March. Women’s limited-overs series against South Africa followed, in Lucknow, but the IPL bubble breach amid the second wave of the virus was a big setback.

Other nations have done better. New Zealand hosted West Indies, Pakistan, Australia and Bangladesh in this period. After calling off the Mzansi Super League last year, South Africa had Sri Lanka and Pakistan come over though England pulled out halfway through a white-ball tour due to an outbreak of Covid-19 at the team hotels. West Indies, with a protocol of lodging all players in one hotel and hosting two matches daily in one city, is the only cricket board to host a major T20 franchise league uninterrupted at home.

This year too, the Caribbean Premier League will be played at a single venue (St Kitts and Nevis), a trick BCCI missed this season after staging IPL in the UAE last time. West Indies is also set to host South Africa (postponed from 2020), Pakistan and Australia between June and August in what is set to become an unprecedented home summer for them.

Yet, no cricket nation has been as organised in terms of a phased resumption of international matches like England. How is it doing it?

While New Zealand, the West Indies and Australia had considerably lower caseloads, England was hit badly by the first wave. Lockdowns, a successful roll-out of a nation-wide vaccination programme followed by a government mandated four-step roadmap (effective from March 8, 2021) gradually helped England restore normalcy. That did not happen with the Asian cricket countries.

Another factor that prompted ECB to act decisively this year was the financial setback of last season—losses to the tune of 100 million pounds. Introducing ticket ballots with a promise of refund in case of sudden lockouts was one way of generating some income through gate receipts. All major stadiums have been insured against ticket refunds.

With a lot riding on The Hundred, ECB also worked to create bio-secure bubbles beyond the usual two-venue model, like it did in Southampton and Old Trafford last season. That’s why it is playing New Zealand in London and Birmingham (Edgbaston), with the Lord’s Test to have 25% attendance. On Wednesday, the Edgbaston Test was accorded “pilot event” status, meaning it can now be used to “provide key scientific data and research into how small and large-scale events could be permitted to safely reopen”, in line with the government roadmap out of lockdown as part of Step 4, scheduled to begin after June 21.

Edgbaston can now accommodate around 18,000 spectators daily (roughly 70% of the capacity). The ticket-holders must present a negative Covid-19 result not earlier than 24 hours before the day of attendance. “The pilot event will be used to analyse testing protocols for all spectators in attendance, the use of social distancing and face coverings when moving around the stadium, and gathering further evidence on the risk of transmission at mass participation events. As part of these Government protocols, all ticket-holders will need to be aged 16 and over,” read the press release on edgbaston.com.

Besides the guidelines on social distancing, the overall checks on spectators are stricter. At Lord’s, entry and exit has been restricted to specific gates, one-way systems will be in place and spectators must stay within the zones where their seats have been allocated. The health safety models were initially tested at low-key games, like the first at Lord’s with fans in 20 months when Eton played Harrow last week.

County matches are already being played with limited spectators across the UK, so if the Edgbaston Test goes without a glitch, it will be more good news for English cricket.

The most significant step to try and normalise the situation will start with the semantics. The Guardian reported last week that England’s cricketers will be encouraged to use “team environment” instead of “bubble” as the word has acquired a highly negative interpretation. Time will tell if this tweak helps elevate the mood, but there is no denying England has been the sincerest in pulling all stops to help cricket return to normal.