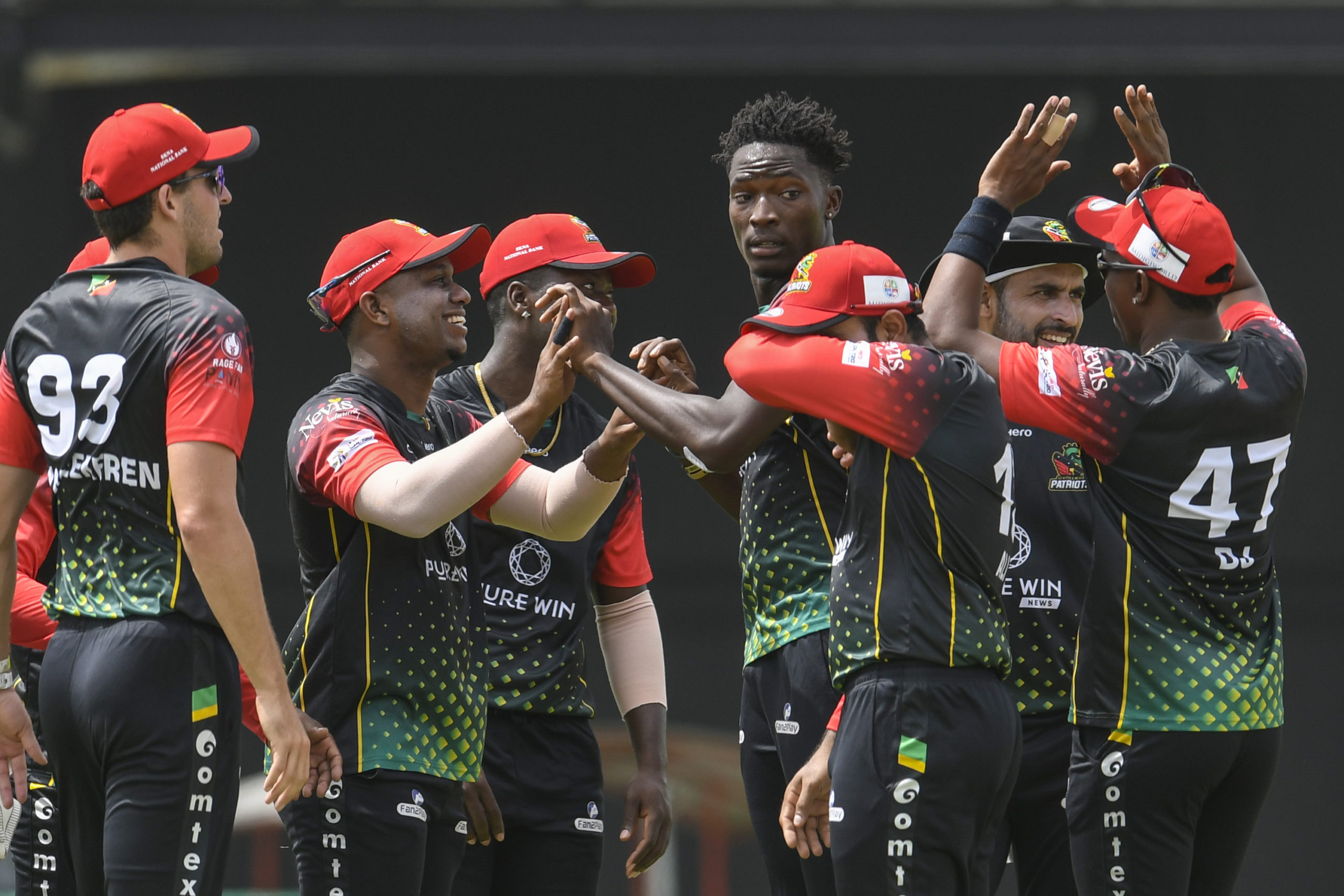 Barbados Royals got onto the points table with a comfortable 15-run victory over the Jamaica Tallawahs, while St. Kitts & Nevis Patriots notched up a convincing eight-wicket over Guyana Amazon Warriors.

Barbados Royals changed their opening pair to Shai Hope and Johnson Charles, who put on 32 runs in 20 balls.

But once Hope was dismissed, Barbados were reeling at 48 for 3 and they had a slice of luck when Haider Ali dropped Glenn Phillips (56) when the latter was on 2 runs.

Phillips took advantage of the reprieve by hitting a half century (56) from 46 balls and he was assisted by Raymon Reifer in a stand of 79 as they reached 161 for five.

Tallawahs made a disappointing start, losing four wickets inside the powerplay.

Carlos Braithwaite and Shamarh Brooks gave them hope with a 66-run partnership but a double strike from Reifer derailed their chase.

Reifer got rid of Braithwaite and Andre Russell in the same over. Despite some late blows from Miguel Pretorius Tallawahs were always struggling and ultimately lost the match.

In another match, Warriors struggled against some tidy bowling from the Patriots after electing to bat first.

Dominic Drakes (3/26) was the star but Sheldon Cottrell and Paul van Meekeren added to the might.

After Cottrell got the first breakthrough dismissing Brandon King, Warriors once again sent Odean Smith up the order as a pinch hitter but that did not work as he went for a seven-ball duck.

Wickets fell regularly and they were 75 for 5 in the 12th over as Drakes took three wickets and Fawad Ahmed (2/33) claimed two.

Nicholas Pooran and Mohammad Hafeez got Warriors to 146 for 8 but that was just not enough.

Devon Thomas (55) and Evin Lewis (62) were in fine form, and they made the Guyana total look under par as they batted with controlled aggression to put the Patriots in complete control of the chase.

There were few alarms for the Patriots as Evin Lewis top scored with 62 from 39 balls, an innings that guided his team to a eight wicket victory with eight balls to spare.

On This Day in 2017: West Indies End a 17-Year Wait in England
Watch: Andre Fletcher’s “No Look Six” In CPL Match Is A Thing Of Wonder