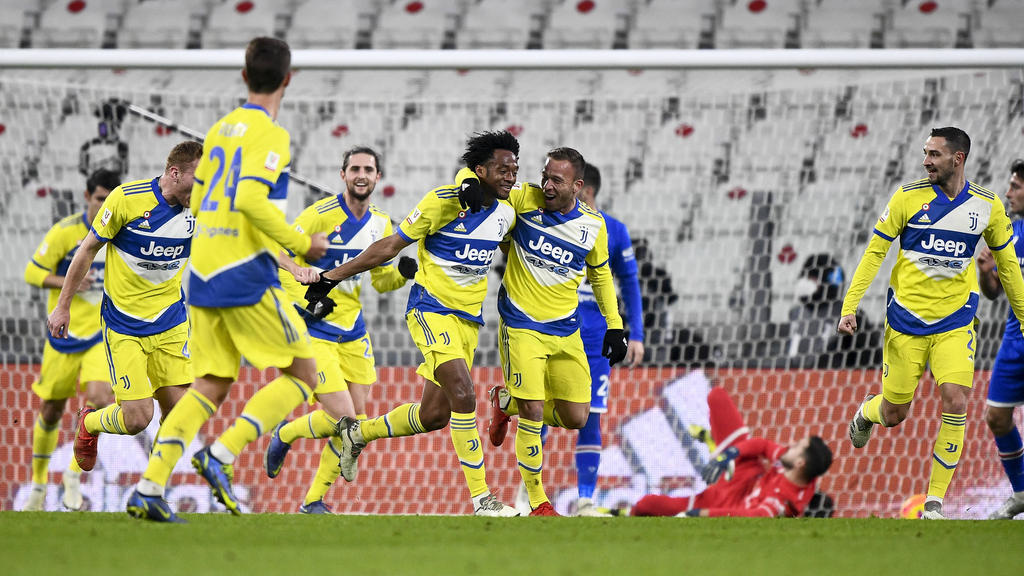 Juventus made it through to the quarter-finals of the Italian Cup on Tuesday with a 4-1 win over managerless Sampdoria.

Massimiliano Allegri’s side will take on either Sassuolo or Cagliari, who face each other on Wednesday, in the last eight after a routine win at the Allianz Stadium in Turin.

They prevailed thanks to Juan Cuadrado’s first-half free-kick, a Daniele Rugani header six minutes after the break, Paulo Dybala’s close-range finish midway through the second half and a 77th-minute penalty from Alvaro Morata.

Juve could easily have won by more against a Samp team whose coach Roberto D’Aversa was sacked on Monday after a miserable run of results which has them hovering above Serie A’s relegation zone.

They missed a clutch of decent chances and Morata also had a fine finish chalked off after a VAR check spotted Adrien Rabiot’s foul on Tomas Rincon.

However it wasn’t until Dybala, who is in a spat with Juve over a contract renewal, rammed home his second goal in a few days that the tie was secure as Andrea Conti briefly had the hosts wobbling after pulling a goal back just after the hour mark.

Lazio will face AC Milan in the next round after Ciro Immobile struck the only goal in an extra-time win over Udinese in Rome.

Immobile, who leads the Serie A scoring charts with 17 goals alongside Dusan Vlahovic, won the tie in the 106th minute when he met Danilo Cataldi’s chipped through ball with a perfectly placed lob.

The Italy forward was decisive in a match which the hosts would have won in normal time had Raul Moro not fluffed on the rebound after Sergej Milinkovic-Savic’s 87th-minute effort was well saved by Udinese goalkeeper Marco Silvestre.

Inter Milan host Empoli at the San Siro on Wednesday while Roma face Serie B outfit Lecce in the Italian capital on Thursday.