Coppa Italia final to have limited number of fans present 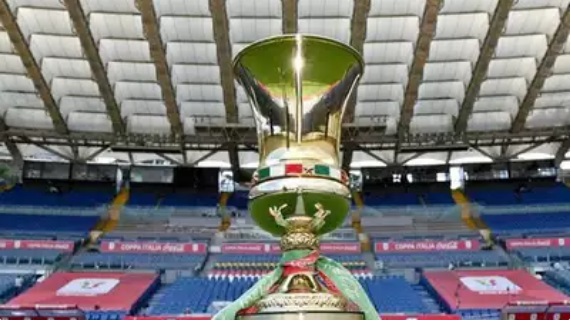 The Coppa Italia final between Juventus and Atalanta on May 19 will have fans present, with 20% of the stadium capacity open to the public, the Italian undersecretary for health said on Thursday.

The Italian Cup final will take place at the Mapei Stadium in Reggio Emilia, home to Serie A side Sassuolo, and will host fans after the Italian Football Federation (FIGC) made a request to the government for supporters to be allowed in amid the COVID-19 pandemic.

“After having discussed with (health) minister Roberto Speranza, I confirm the government’s willingness to open the stadium to fans at 20% of capacity,” undersecretary for health Andrea Costa said in a statement.

“The CTS (Technical Scientific Committee) is currently studying the protocol to allow spectators to reach and follow the game safely in full compliance with the anti-Covid legislation.”

The Mapei Stadium holds just over 21,500 fans at full capacity.

“We thank the government for having accepted our request to bring the public back to the next Coppa Italia final, it is a signal towards normality that we all need,” Serie A president Paolo Dal Pino said in a statement.

“We remain confident of being able to open the stadiums for the last days of the (Serie A) championship and allow 1,000 spectators in total safety.”

Rome’s Stadio Olimpico was confirmed as a Euro 2020 host venue earlier this month, with the authorities guaranteeing at least 25% of the stadium’s capacity will be filled.

The Italian capital is due to host the opening game of the European Championship when Italy faces Turkey on June 11, before holding Italy’s other two group games against Switzerland and Wales and one quarter-final.