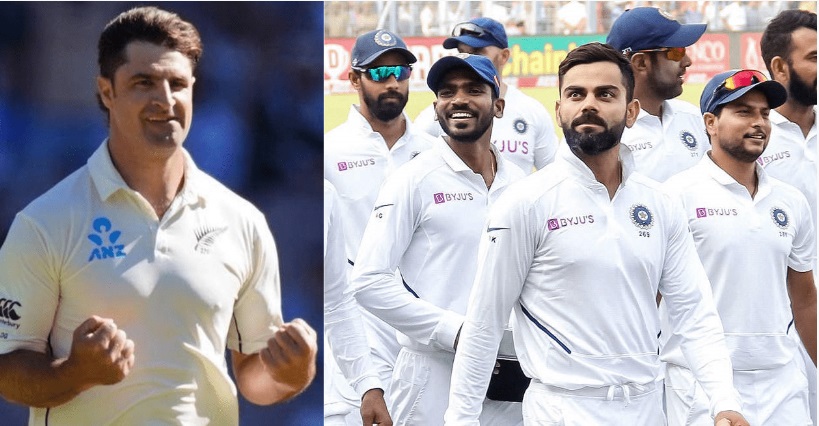 New Zealand all-rounder, Colin de Grandhomme opines that Team India will face some serious challenges while picking their eleven for the World Test Championship final versus the Kiwis. The final, which is shifted from Lord’s to Southampton, will be played from June 18-22, with June 23 as the reserve day.

India and New Zealand did battles in the semi-final of the 2019 World Cup at the Old Trafford Cricket Stadium in Manchester and the two teams are set to relive the contest, only this time, it will be in the final of the World Test Championship. The WTC final will take place at the Ageas Bowl in Southampton from June 18 to 22.

In February, New Zealand became the first team to qualify for the WTC final after the Test series between South Africa and Australia was postponed. India qualified for the same when they beat England by an innings and 25 runs in the fourth Test in March inside three days. The match to determine the inaugural winner of the World Test Championship may be more than a month away, but New Zealand all-rounder Colin de Grandhomme has listed the one factor that can cause headache for the Indian team.

“With the amount of players they’ve got they can cover all bases because they’ve got real good seam bowlers these days and gun spinner, so I think the toughest thing for them is going to be picking the XI,” the ICC tweeted quoting the all-rounder.

The last time India and New Zealand squared off in a Test series, the Black Caps secured an easy 2-0 win over Virat Kohli’s team. During their tour of New Zealand in 2020, India blanked the hosts 5-0 in T20Is, before getting whitewashed 0-3 in the ODI. New Zealand bossed India in the Test series which began February 21, beating them by 10 and seven wickets in Wellington and Christchurch respectively.

For a lot of players – especially the likes of R Ashwin, Cheteshwar Pujara, Ajinkya Rahane and Ishant Sharma – who only play Test cricket for India, the WTC final is like a World Cup final. After sealing their place in the final of the WTC, Kohli had said that the team can finally soak in the feeling.

‘Let’s be honest, a player like that is hard to ignore’: SA spinner says AB de Villiers ‘can walk into any team’
Virat Kohli Retains Fifth Spot In Latest ICC Men’s Test Rankings