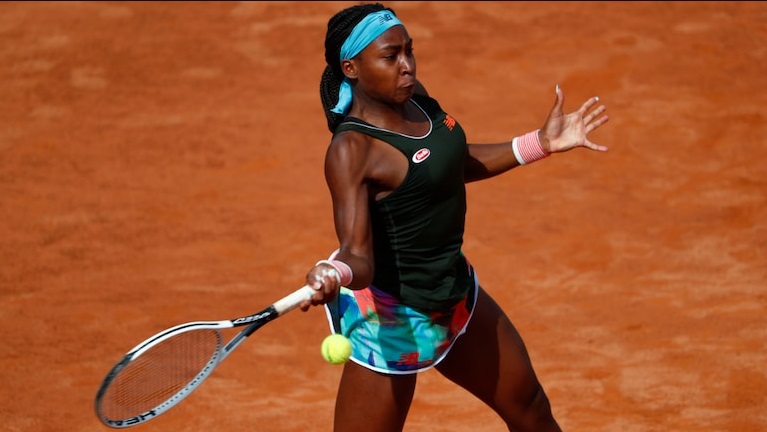 Coco Gauff advanced to the semifinals of the Emilia-Romagna Open after beating Amanda Anisimova 6-3, 6-3 on Thursday in a match between two American teenagers.

The 17-year-old Gauff, who last week reached the Italian Open semifinals for her career-best result on clay, came from 3-0 down in the second set.

“In the second set I was missing a lot of balls. In the first three games I think I lost seven or eight points in a row,” Gauff said. “And then I honestly just decided to go for bigger targets and focus on hitting the ball deeper instead of trying to hit winners.”