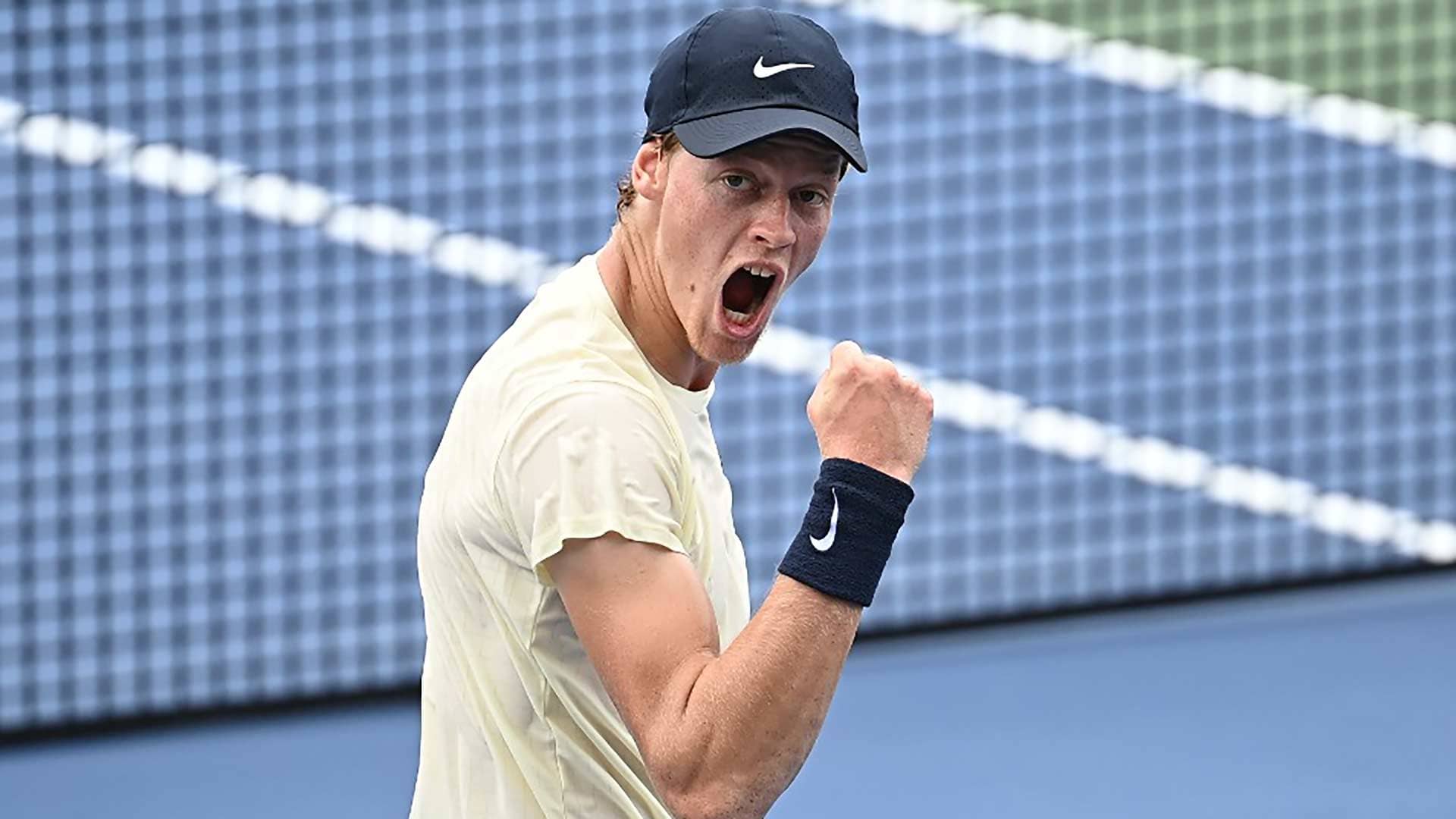 Cincinnati: Birthday boy Jannik Sinner turned 20 on Monday and celebrated with a win at the ATP-WTA Cincinnati Masters.

The young gun was joined in the second round after a delayed rainy start to the week by 34-year-old compatriot Fabio Fognini, giving Italy a powerful start.

Sinner erased memories of a disheartening first-round loss a week ago in Toronto when he went down in his opening match to Australian qualifier James Duckworth.

Fognini joined the party 7-6 (7/3), 6-3 over Nikoloz Basilashvili of Georgia in a first-time meeting.

“I gave myself the best present possible,” Sinner said. “I played and won a match on my birthday at a big tournament.”

In the women’s draw at the joint event, Roland Garros champion Barbora Krejcikova made a singles debut at the Midwest venue as she defeated Russian Daria Kasatkina 6-3, 6-2.

Also, Stefanos Tsitsipas won’t bother with a COVID-19 vaccine unless tennis officials lay down the law and make it mandatory.

Stefanos Tsitsipas says he will get vaccinated only if it becomes mandatory 😰😱 pic.twitter.com/5x0ATzhDNI

The second seed at the tournament said Monday that were jabs to become a requirement for players, he would go along.

“No one has made it a mandatory thing to be vaccinated,” he said. “At some point I will have to. But so far it hasn’t been mandatory to compete, so I haven’t done it.”