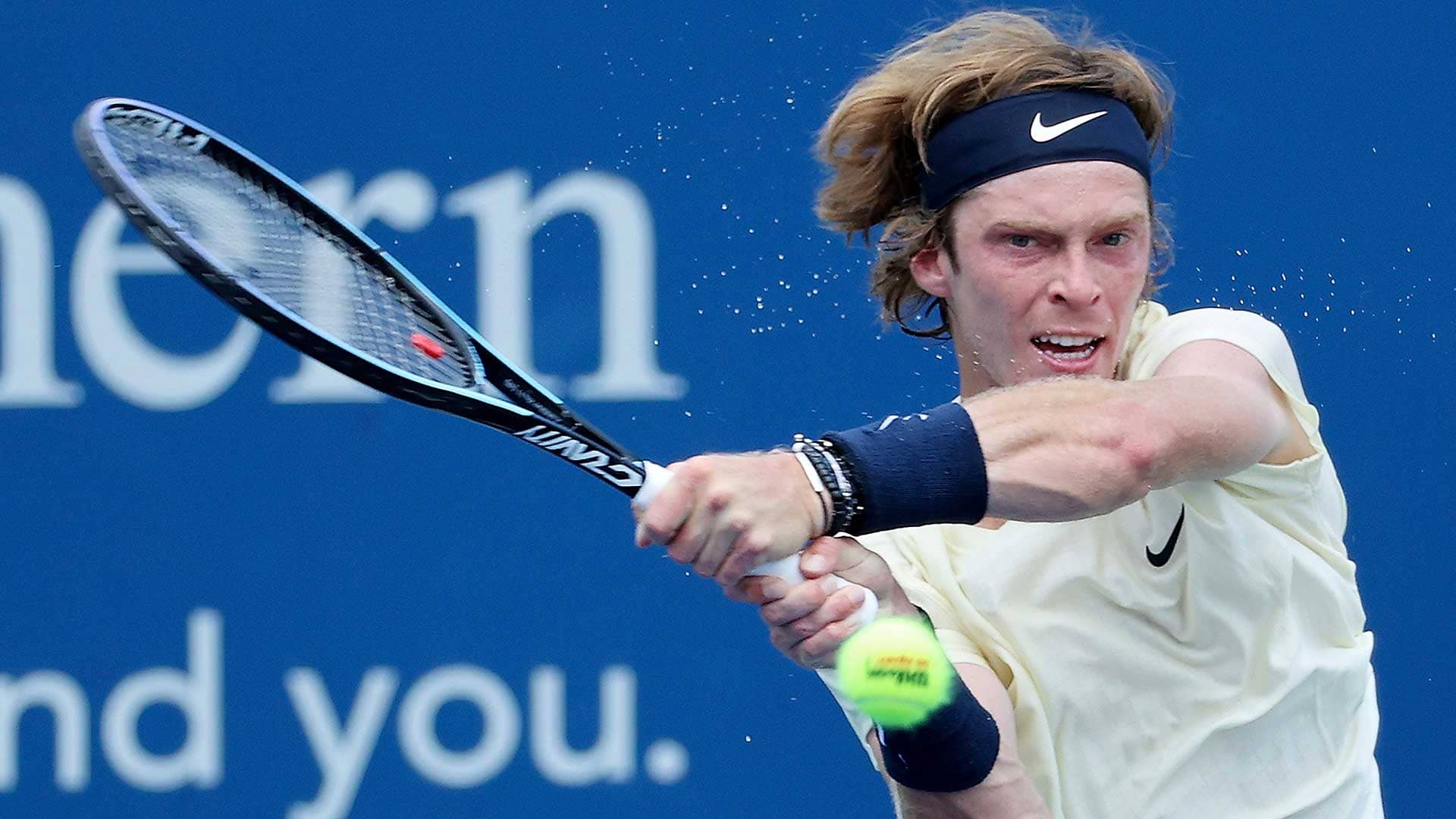 Cincinnati: Alexander Zverev came from two breaks down in the third set to beat Stefanos Tsitsipas 6-4, 3-6, 7-6 (7/4) on Saturday and reach the final of the WTA and ATP Cincinnati Masters.

The German, who briefly left the court to vomit in the final set as he stepped up his fightback in front of a full crowd, will take a 4-0 record into Sunday’s final with Andrey Rublev.

World No 7 Rublev had never won so much as a set in four previous losses to Medvedev, top seed in the prestigious hardcourt tournament that serves as a tuneup for the US Open.

The German said he had begun to feel his stomach trouble coming on in the second set, and he was seen briefly by a doctor who gave him some tablets in the third.

“After I got the first break (of the third set) back I thought I had chances. He was not serving bombs and I was always in the rallies. I started to play more aggressively.”

Zverev got worked up at the end of the first set when Tsitsipas – as now seems to be his habit – left the court with his full bag of gear, presumably to change clothes.

His absence lasted an infuriating eight minutes as Zverev complained to the chair umpire, indicating he thought Tsitsipas could use the break to receive coaching via text.

Tsitsipas tried to take another break after winning the second set but was informed he had used up his one break.

Despite the tension, the two traded a friendly embrace at the net when the match ended.

“It’s a great rivalry,” Zverev said. “There’s a lot of fire there, there’s a lot of emotions there. But I think both of us, especially now before the US Open, we didn’t want to give each other anything.”

Zverev moved into his ninth Masters 1000 final with 42 winners including 15 aces after nearly two and three-quarter hours.

He had lost six previous matches out of eight played against the Greek.

Zverev was already thinking ahead to Rublev.

“In a final at this level there are no easy opponents, he played incredible today in beating Daniil. He’s also one of my best friends.”

Medvedev, who was seeking a Canada-US Masters double after lifting the title in Toronto at the weekend, required three separate medical timeouts during his loss to Rublev.

Medvedev ran into the camera and toppled it. He wants it moved.

"I almost broke my hand. (x5) You don't care about players ?" He added later, "I;m gonna sue them" Now he is having a MTO.#CincyTennis pic.twitter.com/xsmY1Zf628

Rublev re-adjusted after losing the opening set, hung on during his opponent’s injury dramas and heated discussion with the umpire on camera placement and finally got his chances in the concluding set after two and a quarter hours.

“I don’t know how I turned it around,” Rublev said. “Every point was so tight, the match was so intense — it was exactly like a chess game.”