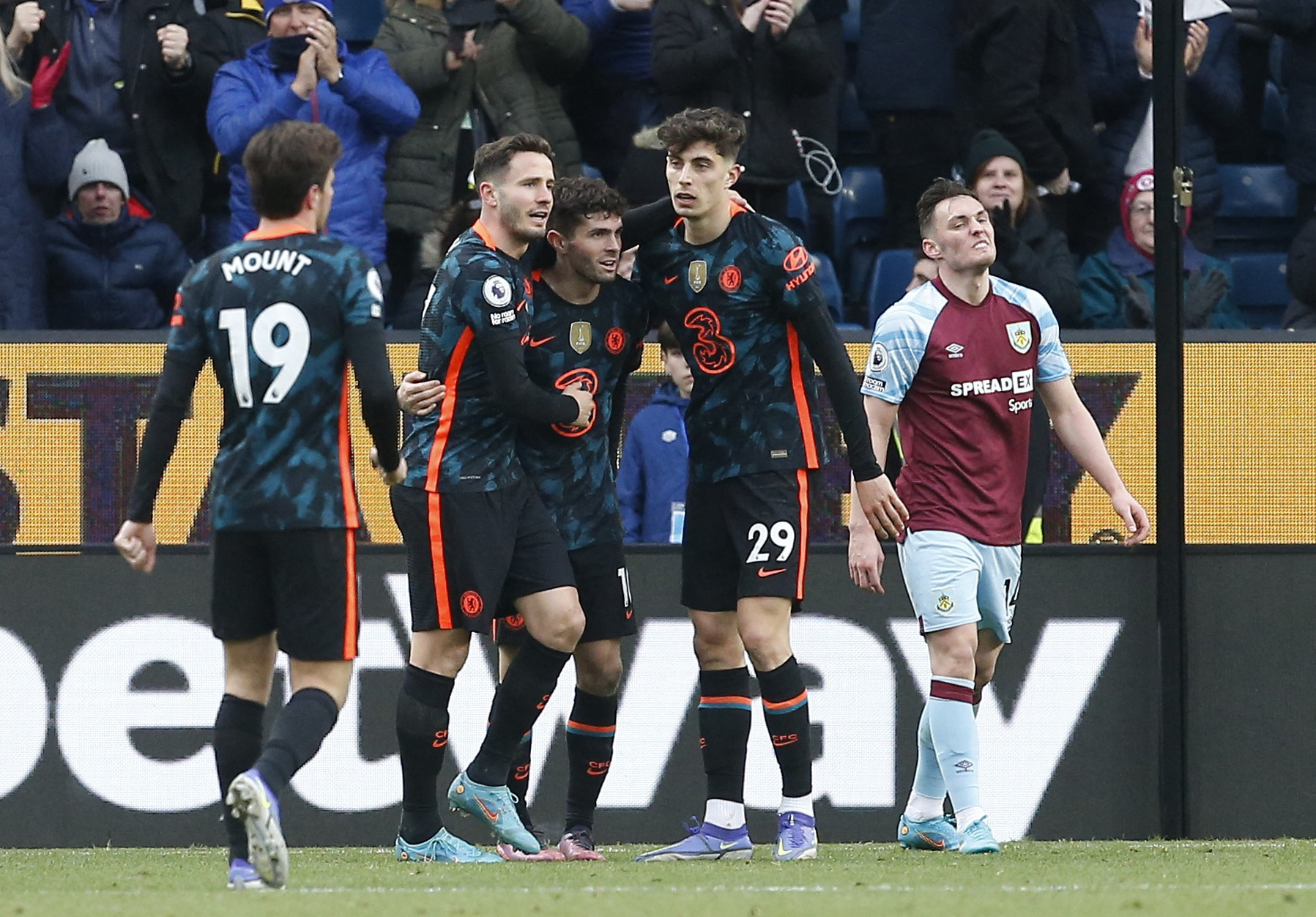 Chelsea ignored the drama over Roman Abramovich’s decision to sell the club as Kai Havertz inspired a 4-0 rout of Premier League strugglers Burnley, while Leeds manager Jesse Marsch suffered a 1-0 defeat at Leicester in his first game on Saturday. All Premier League captains were wearing armbands in Ukraine colors this weekend and clubs held a minute’s applause in a show of solidarity with the country following Russia’s invasion. The war has indirectly taken a major toll on Chelsea, with Russian oligarch Abramovich putting the club up for sale amid fears he may be sanctioned by the British government for his alleged links with Russian President Vladimir Putin.

But Chelsea faces an uncertain future in the post-Abramovich era, putting pressure on Tuchel to keep the team on track to a new owner during the transition.

Qualifying for the Champions League is essential to that ambition and third-placed Chelsea remain on course after brushing aside third-bottom Burnley at Turf Moor.

After Chelsea fans chanted Abramovich’s name during the applause for Ukraine, Reece James put them ahead in the 47th minute with a fierce finish.

Again, the German forward replacing club-record signing Romelu Lukaku made it three goals in nine minutes with a close-range strike from James’ cross.

Marsch has been hired to save Leeds from relegation after replacing Marcelo Bielsa.

But he was unable to spark an immediate improvement in their fortunes as Harvey Barnes bagged the winner in the 67th minute.

After a series of fine saves from Leicester keeper Kasper Schmeichel, Barnes struck with a cool finish from inside the area.

Marsch is just the second American to take charge of a Premier League club after Bob Bradley’s brief spell at Swansea in 2016.

Dismissed by RB Leipzig in December after a disappointing five-month spell, Marsch has a massive job on his hands to change perceptions of American coaches while keeping Leeds afloat.

Leeds have lost their last five games and sit just two points above the relegation zone.

“After four days together and to have changed a lot of the tactics, I’m proud of the group,” Marsch said.

“We are getting to know each other. Playing so well at a tough place doesn’t feel right that we didn’t get what we deserved, but that’s a sport. A big first step for us.”

Ivan Toney’s hat-trick lifted Brentford to their first win in 10 league games as the Bees moved six points clear of the relegation zone with a 3-1 victory at bottom-of-the-table Norwich.

Christian Eriksen provided the assist for Toney’s opener in his first competitive start since suffering a cardiac arrest playing for Denmark at the last year’s European Championship.

Newcastle extended their unbeaten run to eight league games with goals from Ryan Fraser and Fabian Schar clinching a 2-1 win against Brighton at St James’ Park.

In severe relegation trouble when Eddie Howe took over as manager, Newcastle is now seven points above the bottom three.

Later on, Saturday, second-placed Liverpool can move within three points of leaders Manchester City if they beat West Ham at Anfield.

The city plays Manchester United on Sunday, giving Jurgen Klopp’s side a chance to pile pressure on the champions before the derby at the Etihad Stadium.