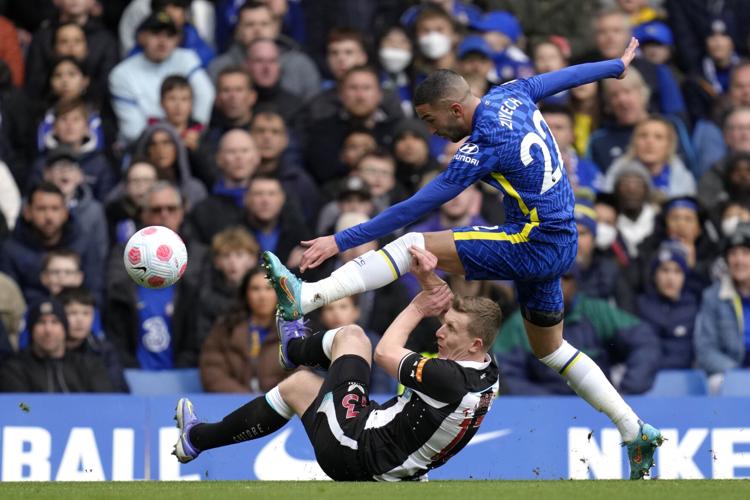 Chelsea withdrew its request to play its FA Cup game against Middlesbrough without a crowd, the Football Association said on Tuesday following pushback from the second-tier club hosting the match.

The Premier League team had proposed no fans because the government won’t allow Chelsea to sell any tickets under the terms of its license to operate after owner Roman Abramovich was sanctioned.

“After constructive talks between the FA and Chelsea, the club has agreed to remove (its) request … (for the quarterfinal) to be played behind closed doors,” the FA said in a statement.

Chelsea had said it made the request to protect the “sporting integrity” of Saturday’s match after being unable to convince the Office of Financial Sanctions Implementation to ease the terms of its license ahead of the game.

Middlesbrough would have lost out on revenue and had argued it would be “grossly unfair” to prevent its fans from going to the game at its stadium.

Abramovich’s assets were frozen after he was sanctioned by the British government last week over his ties to Russian President Vladimir Putin following the start of the war on Ukraine.

“The FA remains in ongoing discussions with Chelsea, the Premier League and the government to find a solution that would enable both Chelsea fans to attend games and away fans to attend Stamford Bridge, whilst ensuring sanctions are respected,” the FA added.

FA chief executive Mark Bullingham was taking questions from legislators in London at a hearing on Russia sanctions when news of Chelsea’s request broke earlier on Tuesday.

“When we step back and look at what the government is trying to achieve with the sanctions on Mr. Abramovich, it’s clearly to put pressure on Mr Putin,” Bullingham said. “I don’t believe the intention is to prevent Chelsea fans going to games or away fans to come to Stamford Bridge. It’s incredibly complicated to put a sanction in place at short notice, and that will all need working through.

“I think the end state will be something where the government lends a license to allow fans to go to games. I think that hasn’t been possible in time for this weekend.”