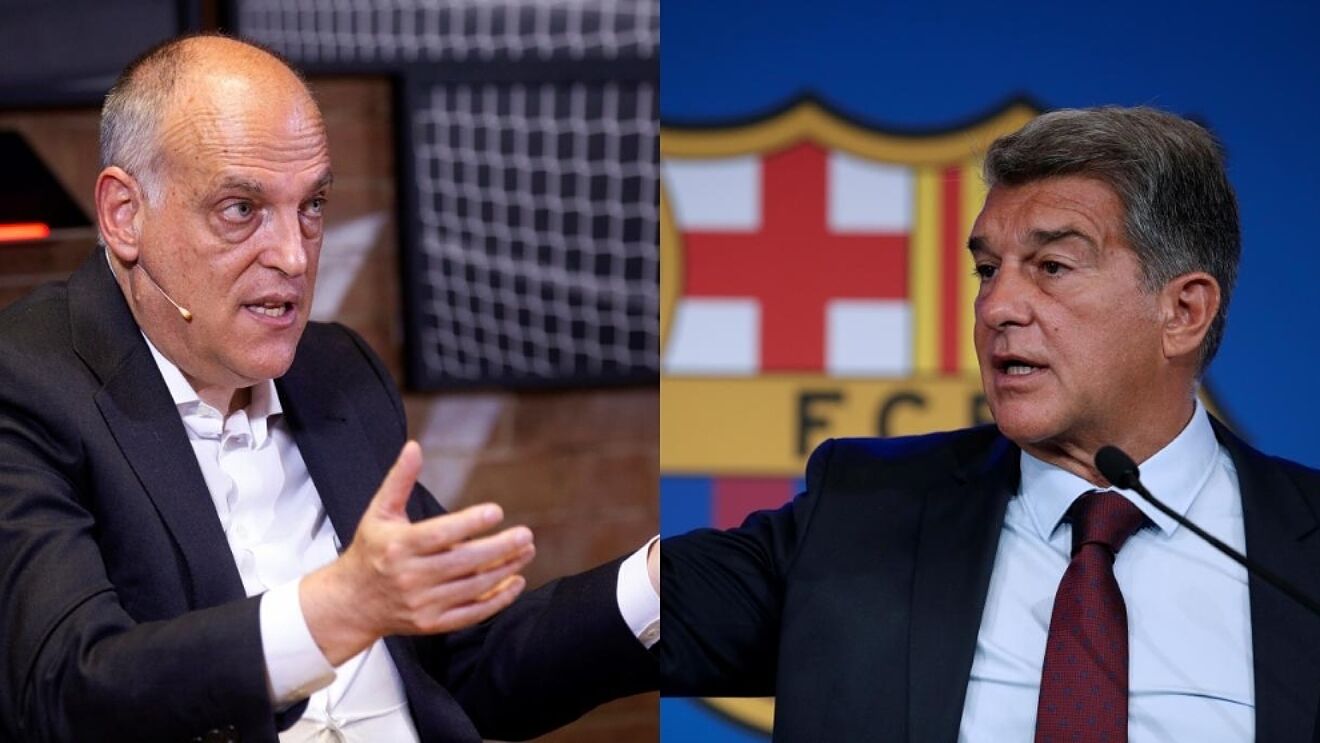 Chelsea’s recent financial turmoil caused by sanctions imposed on Russian owner Roman Abramovich should ideally be cause for concern for other top European leagues. But LaLiga chief Javier Tebas believes the Spanish league has strict rules in place to avoid such a disaster on their shores.

“Chelsea is a special case, special circumstances. It is a political situation like Manchester City, PSG. It’s not state owned but it’s similar because they’ve invested a lot of money. It doesn’t matter who owns but how you run it. We have strict economic controls. In the Premier League, it is important to have rules and regulations for owners than who it is.

“Look at Manchester City, they were sentenced by UEFA for inventing sponsorships and put it in their books, trying to get around financial fair play (FFP). Then also look at Lionel Messi leaving, Barcelona had to abide by the financial fair play rules set by us. It is all about financial stability,” said the LaLiga head inside sala de banderas room in Madrid.

After UK government handed the sanctions to Abramovich and six other Russians on the back of Russia’s invasion of Ukraine, the oligarch’s assets — including Chelsea football club — were frozen and he was placed on a travel ban. This came days after Abramovich, who has owned Chelsea for 19 years, decided to transfer ownership of the club to the trustees of its charitable foundation and later expressed intention to sell the club altogether.

As a result of the sanctions, Chelsea were granted special license to continue to operate. But it came with its own massive set of stipulations. The Londoners cannot receive money from match tickets which have not already been sold, future gate receipts from FA Cup or money from merchandise sold via the club shop. However, it did allow the club to continue competing, staff to be paid and existing ticket-holders to attend matches.

To make matters worse for the Club World Cup champions, Chelsea’s main shirt sponsors, mobile network Three, suspended their £40m-a-year deal with the club. Then came South Korean car manufacturer Hyundai who have also asked for their logo to removed from the shirt “as soon as feasibly possible”. Zapp, a convenience app, joined the list and paused their marketing activities.

Tebas’ firm belief in avoiding such a fate falling on a Spanish football club stems from the league’s strong economic rules. The policies that he considers to be one of his three prime achievements in nine years at the helm.

“First, financial fair play. After 2015, we got lots more money in broadcast rights. The clubs earn more money, more revenue but it goes hand-in-hand with FFP because they have to control expenses,” said Tebas in an exclusive session for international media in the Spanish capital ahead of Sunday’s El Clasico.

“Second, centralised sale of broadcast rights. Spain and Portugal were similar (in individual clubs selling TV rights). We changed  it from individual selling to centralised process. It helped in promoting competition, better audiovisuals for the brand. You can see a big difference since 2015.”

“Third is the CVC fund. In 2013, lots of clubs were going bankrupt or at least had financial issues. 800 million euros were owed to state by the clubs and 180 million to players, the competition wasn’t financially stable. We’ve gone from financial turmoil in Spanish football to a big investment by an international fund. It is a sign that we’ve got international trust from financial and business world. You need to have good trust to be able to secure such a deal (worth 2.7 billion euros),” he continued.

Before the collective TV deal came into being, Real Madrid pocketed over €140 million for the rights while Granada brought home only €12 million. The imbalance was in sharp contrast at the time with Premier League and Serie A where Manchester City earned £60 million through TV while relegated Blackburn Rovers and Wolves had made £40 million to ensure some balance.

Presently, the difference between Real Madrid, Barcelona and the rest still exists but it isn’t as grossly unjust as earlier. In the 2020/21 season, Barcelona and Madrid earned 165.6 and 163 million euros respectively. At the other end of the spectrum, Huesca earned €46.8 million as per Statista.

Tebas further stressed on the importance of countering FIFA’s radical biennial World Cup plan and attempts by top clubs in forming a Super League that backfired dramatically in April 2021.