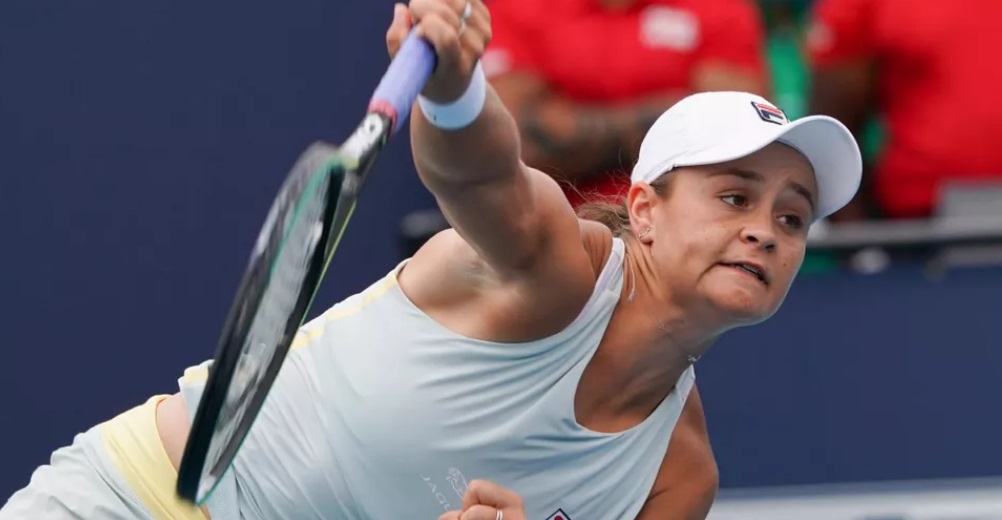 Miami: World number one Ashleigh Barty defeated hometown favorite Shelby Rogers 7-6 (7/3), 4-6, 6-4 in the third round of the WTA clay-court tournament in Charleston, South Carolina on Thursday.

Barty moves on to the quarter-finals where she will face Spain’s Paula Badosa, a 6-3, 6-3 winner over Caty McNally of the US.

“Shelby’s an exceptional ball-striker, she always makes you work very hard for every single point, every single match, and tonight was no different,” said Barty.

The Australian from Ipswich arrived in Charleston fresh off a victory in the prestigious Miami Open, where she successfully defended a WTA title for the first time.

After a first-round bye she made a quick adjustment to the green clay of Charleston, needing just 61 minutes to dispatch Japan’s 77th-ranked Misaki Doi, 6-2, 6-1.

“We both have pretty big serves and she’s very good hitting from the baseline,” Kovinic said. “Today it was the key that I tried, and did it really well, to take her pace of the ball and use her energy. As you can see, her returns on my second serve were sometimes incredible— I didn’t even move and the ball passed by me, but somehow I managed.”

Kovinic broke twice for a 5-1 lead in the second set, then served out the victory with four straight service winners.

Kovinic will battle for a place in the semi-finals against Kazakhstan’s Yulia Putintseva, who advanced when sixth-seeded Garbine Muguruza retired while leading their match 6-0, 2-2 with a left leg injury.

Muguruza fired 10 winners to Putintseva’s one in the first set. She mustered a break of serve after a medical time out early in the second before opting to call it a day.

“I was already feeling some pain in my first match,” said Muguruza, a former world number one who ended a two-year title drought in Dubai last month.

“The switch of hard courts to clay was tough, and in a very short amount of time. I started very well, and all of a sudden I felt a sharp pain in my leg, and it got worse,” the Spaniard said. “I didn’t want to continue without playing my best tennis. It didn’t make sense to me.”