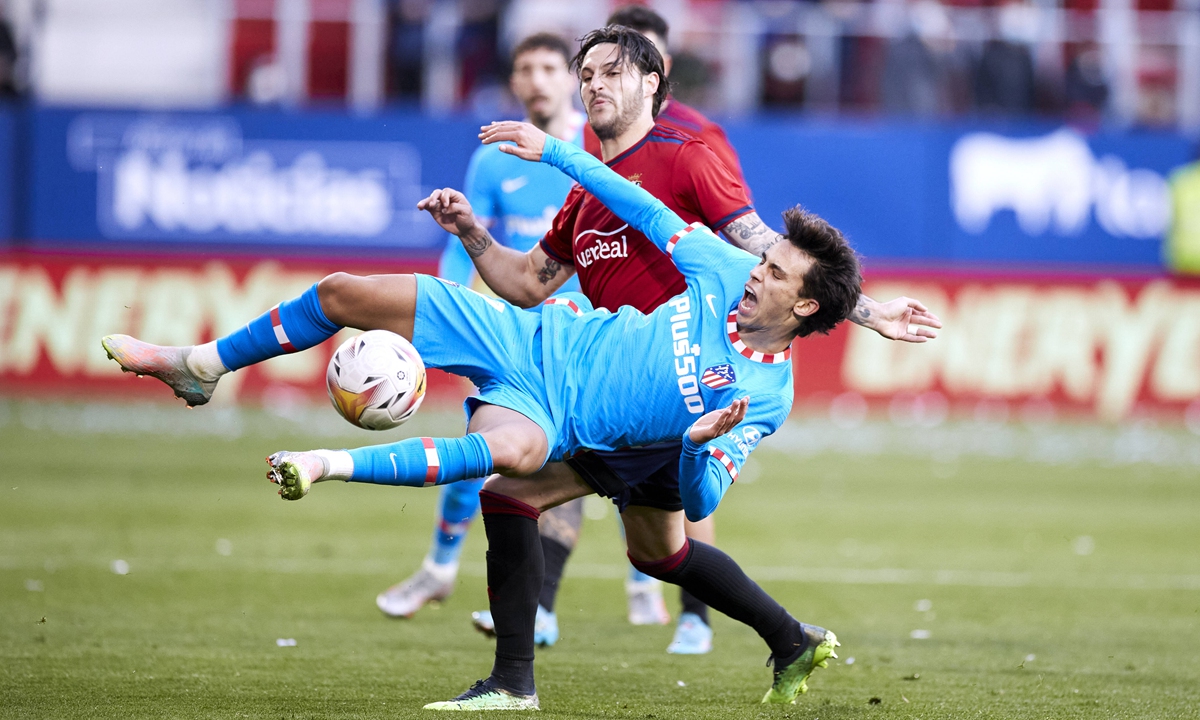 Madrid: If winning LaLiga caused Atletico Madrid to soften their edge or lose their identity, a Champions League tie against Manchester United could be a chance for them to get it back.

From the highs of winning their second league title in 25 years, have come the lows of humiliating defeats, unprecedented fragility in defence and introspection over style and application that has left even Diego Simeone’s future in doubt.

And yet amid all the soul-searching and despair, there have been pockets of resistance, a handful of rare but uplifting performances dotted across a miserable season, each of them sparking hope that a corner was about to be turned.

After losing away at Alaves, Atletico rallied against AC Milan at the San Siro, coming from a goal down to win 2-1, Luis Suarez scoring a penalty in the 96th minute.

After losing at home to Mallorca, they prevailed in an all or nothing match against Porto in Lisbon, a fiery 3-1 win dragging them into the Champions League last 16.

In the last month alone, as the knives have sharpened and pressure mounted, Atletico have come from two goals down to beat Valencia and 3-2 behind to beat Getafe, on both occasions by finding a winner in the last minute.

Every time, momentum has been fleeting. After every comeback, they lost at least one of their next two games. Whenever Atletico have looked close to rediscovering themselves, they have just as quickly drifted again off course.

Before Simeone arrived in 2011 and lifted them into Europe’s elite, there was an advert in Spain that became synonymous with the Atletico Madrid.

“Papa, why do we support Atleti?” a young boy asks from the back of the car, while in the front, his father tries to find the words. The silence lingers before an answer cuts across the screen beneath the Atletico badge: “It’s difficult to explain. But it’s something very, very special.”

Atletico Madrid have always revelled in a sense of inferiority, accepting and even promoting their status as underdogs, a club of community, in part as an antidote to the glamour and riches of Real Madrid.

“Proud not be like you,” read the banner draped across the Calderon before the two sides met in the Champions League in 2017.

Simeone has always enjoyed positioning Atletico as imposters to the Real Madrid-Barcelona duopoly. “Have you seen the team Barca has?” he said in October, when asked about Barca losing Lionel Messi. “Barca say ‘Messi’s gone, we lost 30 goals’. I say ‘yeh you don’t have 30 goals, well we never had them, we never had Messi’.”

The problem was that when Atletico won La Liga, they were no longer imposters but favourites, thrust to a place they were neither used to nor comfortable with.

It is a shift they have wrestled with all season not only psychologically but tactically too. With talented players, and ones keen to attack, Simeone has struggled to find a system and style that fits.

“For a team like Atletico it’s not easy to be champions; it’s a club not used to being champions every year. Nothing you did before counts for anything. What counts is what lies ahead,” Simeone said last month.

“Last season, games started and we would bite,” said Jose Gimenez. “This year, I think we’ve eased off.”

But there have been flickers, in the biggest games or most desperate moments, when the inferiority complex kicks in, and the old fire again burns hot.

After beating Osasuna on Saturday, Simeone was asked if the win could be a spur for the meeting with Manchester United at the Wanda Metropolitano.

“Everything helps,” he said. “No year is the same, in football or in life. There are always obstacles and that’s what we have now, a test. Let’s see if we’re up to it.”