Champions League: Pochettino sure Messi will rise to the occasion 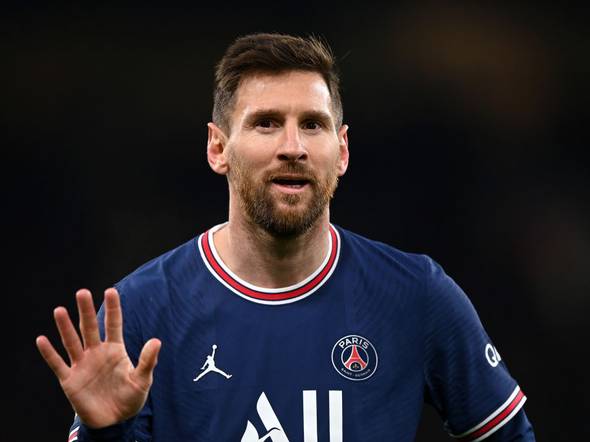 Messi has scored only two goals in Ligue 1 since his shock move to PSG last August after being forced to leave Barcelona after 21 years as the Catalans could no longer afford his salary. He scored 30 goals in his final LaLiga campaign.

But he has fared much better in the Champions League for PSG, scoring five times in five group games, including a wonderful strike in a 2-0 home win over Manchester City.

Messi usually upped his game against Real Madrid when playing for Barcelona, scoring 26 goals in 45 meetings with Barca’s biggest rival, making him the all-time top scorer in ‘El Clasico’.

And Pochettino is certain the seven-times Ballon d’Or winner will rise to the occasion when Carlo Ancelotti’s side visit the Parc des Princes.

“Messi is in good shape and really looking forward to the game. In matches like this his experience is very important and he can play a fundamental role in transmitting that to his team-mates,” Pochettino told a news conference.

“We don’t need to gear ourselves up for this game because everyone is already highly motivated and hugely excited about playing tomorrow and helping the team in any way possible.”

Pochettino confirmed that former Real captain Sergio Ramos is the only PSG player from his squad who will be missing for the match after Neymar returned to training on Monday for the first time after injuring his ankle in November.

Pochettino paid tribute to the might of Real and said his side, which has never won the Champions League, was very much the contender against the 13-times European champion.

“We have so much respect for Real Madrid as one of the best teams in the world. You don’t win 13 European Cups thanks to your coaches, that is down to the overall strength of the club,” the Argentine coach said.

“We are the challengers, a lot of effort has gone into building a squad to achieve our dream but we’re still the challengers and Real Madrid are the ones who have a habit of winning the Champions League.

“But we don’t feel like victims, I believe in my team, in my club and in our fans, who will give us a lot of energy.”