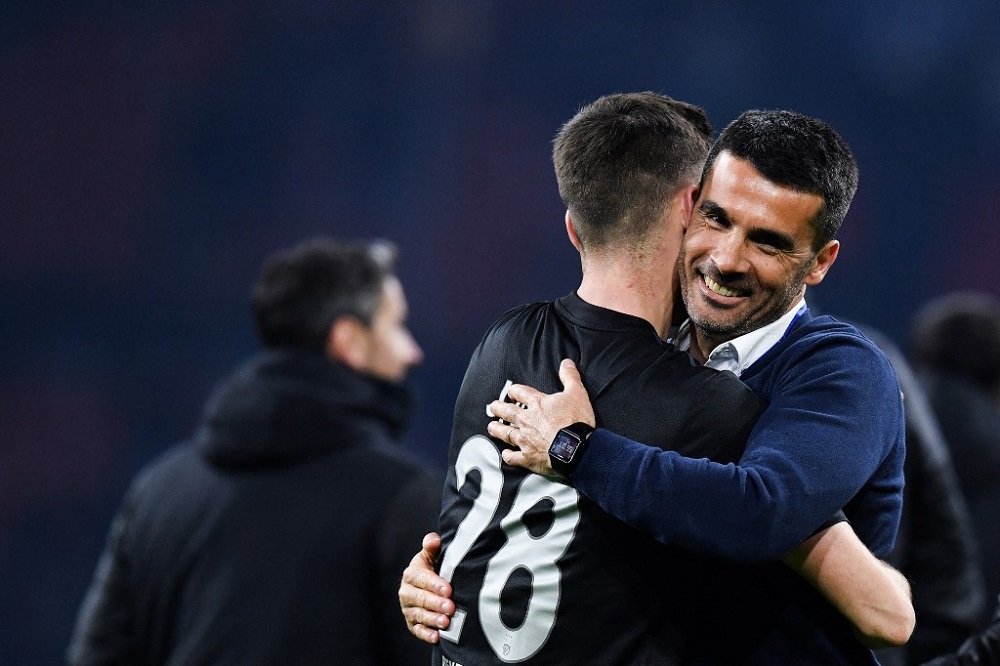 Benfica face a gargantuan task in the Champions League quarter-finals on Tuesday but after already knocking out Barcelona and Ajax, there is belief they can spring another surprise against Liverpool.

Many circled Benfica as the kindest opponent available when the draw was made in Nyon last month, with this the furthest the Portuguese club have gone in the Champions League in six years.

The last time Benfica made the semis, they went on to reach the final, in 1990, when a team coached by Sven-Goran Eriksson lost 1-0 to AC Milan and missed out on lifting their third European Cup.

That was the last time Benfica really belonged with Europe’s elite and it would be the shock of the round if they were to upset Liverpool, who, along with Manchester City, are surely this year’s tournament favourites.

Benfica’s impressive run in the Champions League has belied a tumultuous season domestically for the club, who parted ways with Jorge Jesus as coach in December following a 3-0 defeat by Porto and just seven wins out from their first 15 matches.

But their form has not been much better under interim coach Nelson Verissimo, who began with only two wins from his first seven while a 3-2 defeat by Braga on Friday has the team sitting third in the Primeira Liga, 12 points adrift of leaders Porto and six behind Sporting Lisbon.

Third place in Portugal is only enough to make the Champions League qualifiers.

“We know it’s Liverpool, but we have to fight, we can play better,” Verissimo said on Friday.

“We always have to work. The Champions League game is different. We can’t forget our game today because Liverpool will see it. We have to correct it.”

Better performances in Europe have kept Benfica’s season alive, with the 3-2 aggregate victory over Ajax in the last 16 as welcome as it was surprising.

They were outplayed by Ajax for large spells in Lisbon but managed to claim a 2-2 draw, before snatching a 1-0 win in Amsterdam to go through.

Darwin Nunez headed in the winner at the Johan Cruyff Arena and the Uruguayan will be well-known to Liverpool given he reportedly has many admirers in the Premier League.

The 22-year-old has 27 goals in 34 games this season, including a brace in Benfica’s 3-0 win over Barcelona in the group stage in September.

Jan Vertonghen and Nicolas Otamendi will be familiar faces too, the former Tottenham and Manchester City defenders taking their place at the heart of the Benfica defence.

Another former Spurs player, Adel Taraabt, is now plying his trade in central midfield. Rafa Silva, with his 15 assists in the league, is the team’s most creative source.

“People already put us in the semi-finals of the Champions League, I don’t see it that way,” said Liverpool coach Jurgen Klopp on Saturday. “Benfica can be extremely strong if you let them.”

Sixteen years ago, Benfica beat Liverpool 2-0 at Anfield to seal a 3-0 aggregate win and reach the quarter-finals.

“Of course history can be repeated,” Sabrosa said last week. “We’ve also eliminated Barcelona, who were in our group, and Ajax. Looking at the two teams, it is possible to do it again.

“It’s scary to look at this Liverpool team but we’re going to take the field with the result at 0-0, 11 against 11 and anything can happen.”

Champions League: Manchester City have better players than us, says Atletico Madrid manager Diego Simeone
Arsenal’s hopes of securing a top-four Premier League finish this season were dealt a blow as the below-par visitors suffered a 3-0 defeat against rampant Crystal Palace on Monday.